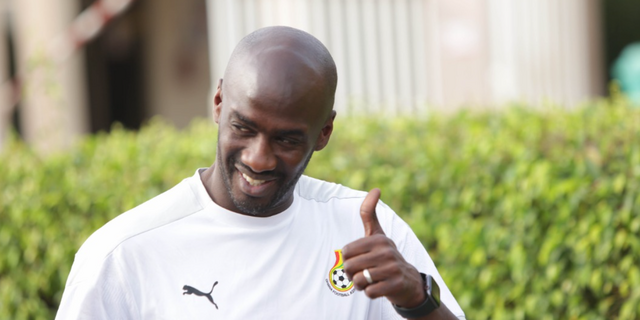 Otto Addo has revealed the elaborate plan he hatched to ensure Ghana's qualification to the 2022 World Cup including late night meetings, phone calls and monitoring.

The 46-year-old pulled the chestnut out of the blazing fire to qualify the West Africans to their fourth global showpiece after a remarkable success over regional rivals Nigeria.

The former Ghana midfielder turned the screws on the Super Eagles, edging the populous nation on the away goal rule to secure passage to the gulf.

Addo was hired on an interim basis to take full charge of the team after the Black Stars disastrous campaign at the 2021 Africa Cup of Nations in Cameroon.

He has revealed the elaborate plan with the technical team which helped to secure the country's fourth World Cup appearances in Qatar.

"In the evenings we get together several times a week in zoom meetings and exchange ideas very closely and in detail. Of course, this is a challenge and for me it has a lot to do with the appropriate organization and controlling, but I think we handle it very well," he is quote by Transfermarkt

"During the day I'm completely on the BVB grounds for Borussia. Of course you talk to one or the other player in between, especially when the next games are coming up, like in June. But I do most things, phone calls, meetings, etc., in the evenings when the children are asleep.

He added: "Although we couldn't get past 0-0 against Nigeria in the first game, the team impressed with the way we acted, so that the president said to me afterwards: "No matter how the second leg ends - we want that you carry on.

"If we qualify, then at least until the World Cup.” The 1-1 draw in the second leg meant we qualified and the association said that from their point of view I could continue in the double function.

"We were then able to agree on this with BVB in subsequent discussions. It was always clear to me: If I take on the challenge, I don't want to give up my job in Dortmund for it. The only question really was: will this be accepted by both sides? he quizzed.