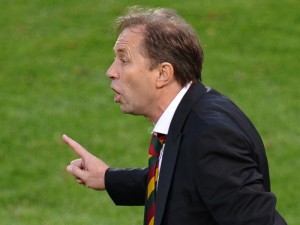 Serbian coach Milovan Rajevac has shown his extreme commitment to Ghana by continuing to coach the Black Stars even though his contract expired on Tuesday.

The master tactian will lead Ghana in Wednesday night's friendly against South Africa in Johannesburg in preparation towards the start of the African Cup of Natiopns qualifiers next month.

It is widely held that Rajevac's contract will expire at the end of the month, but Ghanasoccernet investigations can exclusively reveal that it ended yesterday.

Foreign coaches in Africa normally stop working when their contracts expire but Rajevac has broken that convention by showing his commitment to the Black Stars.

This comes in the face of the fact that his native Serbia has offered him by far more than what he is negotiating with the Ghana Football Association over a new four-year contract.

Saudi Arabian side Al Ahli have also made a huge offer to Rajevac with a similar offer also coming from Al Sadd of Qatar in their bid to prise the Serbian away.

But the Serbian's contract with Ghana came to an end yesterday and he insists he wants to stay as he started negotiation over a new deal on Saturday at the Protea Hotel in East Legon in Accra.

The mutual trust and Rajevac's extreme commitment to Ghana have ensured that both parties had long agreed to a four-year deal for him to stay on.

His keeness of continuing to build a strong Ghana team and the excellent performance are the reasons why the Ghana Football Association is keen on keeping him.

He will be in charge of the game against Bafana Bafana even though he has no contract but he is confident he will reach a deal with the GFA over new terms of his contract.