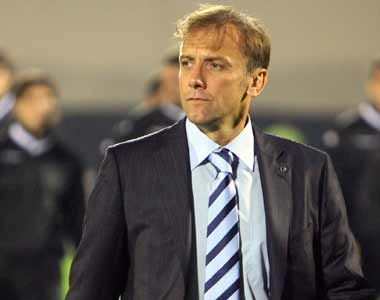 The Ghana FA will be considering suggestions to have Coach Goran Stevanovic put a public defense of his call-ups to the national team.

There has been public uproar following the Serbian trainerâ€™s decision to leave out Jordan Ayew in particular for next weekâ€™s games with Sierra Leone and Gabon.

The 20-year-old has churned out impressive performances for Marseille where he has been given a run of games lately and this many Ghanaians believe is ample reason to hand him a call.

But Ghana FA President Kwasi Nyantakyi who himself share the same sentiments say the coach is always made to defend his call-ups but believes it will be better if he makes it public.

â€œI also asked the same question as to why some players were dropped but the coach was able to convince us beyound reasonable doubts when he was called in to defend his list,â€ Nyantakyi told GHANAsoccernet.com.

â€œIt is a very strong suggestion which will be given serious consideration.

â€œIt will provide more information which will immensely reduce and guide some of the comments made by the public,â€ he added.