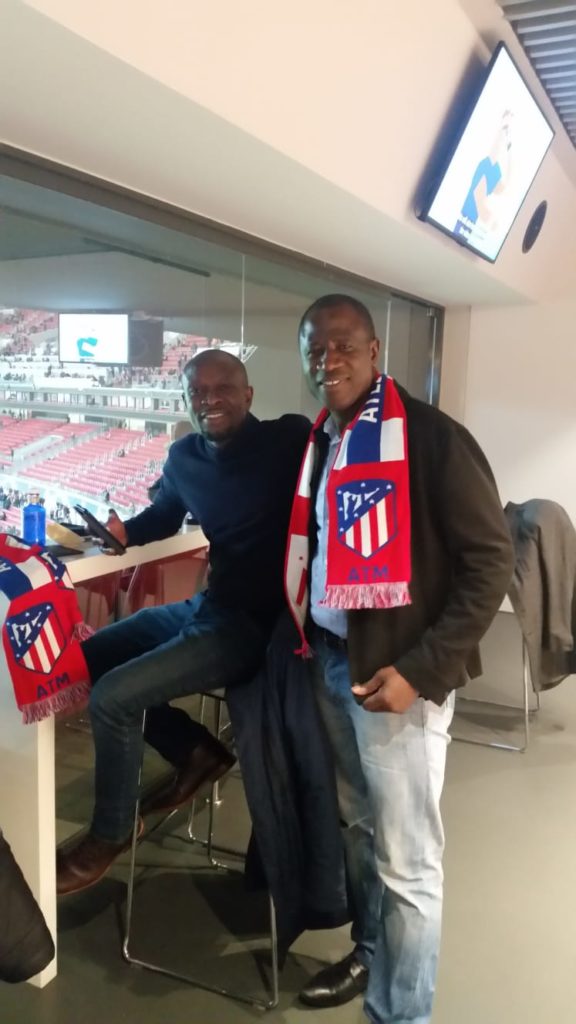 Ghana coach Charles Kwablan Akonnor was at the Wanda Metropolitan to watch Black Stars midfielder Thomas Partey as he starred in Atletico Madrid's 1-0 win over Liverpool in the UEFA Champions League.

Akonnor has been in Europe monitoring Ghanaian players and yesterday traveled to Spain to watch the 26-year old.

The tireless midfielder was exceptional in the heart of midfield, winning and distributing balls effortless in a battle that saw him get the better of Liverpool's midfielders.

Saul Niguez netted the only goal of the game after just four minutes when Atletico took advantage of a slow Liverpool in the early minutes.

The Spanish midfielder was quick to fire home after a corner came off the boot of Fabinho.

The Reds however had their own chances, which fell to Mohamed Salah, who headed wide, and captain Jordan Henderson, whose hooked shot just missed Jan Oblak's far post.

The win gives the Rojiblancos an important lead following a masterclass defensive performance and will ttravel to England for the second leg on March 11.