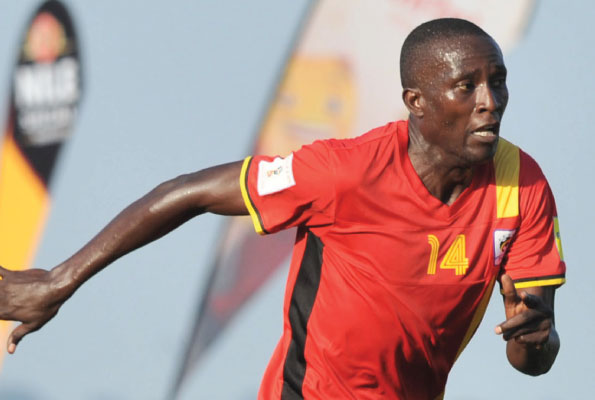 Uganda striker Geoffrey Sserunkuma says Ghana will be dangerous opponents without established stars Asamoah Gyan and Andre Ayew when the two sides meet in Kampala on Saturday insisting the new Black Stars players will be more difficult to contain.

The Zambia-based attacker cited the Black Stars 5-1 win over Congo as evidence of the efficacy of the new breed of players as coach Appiah played the win in Brazzaville without Gyan and Ayew.

Uganda face a Ghana team without favourite sons Andre and Jordan Ayew, who coach Kwesi Appiah omitted from his squad in unclear circumstances.

Captain Asamoah Gyan was dropped from the final Black Stars squad for the weekend tie over injury concerns.

Gyan joins Holland-based midfielder Thomas Agyepong who was also left out for similar reasons while brothers Andre and Jordan Ayew were dropped in favour of new blood.

Sserunkuma says the unknown Ghana star will be difficult to mark or for an effective strategy to be put in place to contain them as they are not popular yet lethal.

“I also had the Ghanaian team has made some big changes because everyone is fighting for places,” explained Sserunkuma.

“So that makes it a very tricky game for us because previously, we knew where who played and how they played.

“You could tell that this is Asamoah Gyan, that is Andre Ayew, that is Jordan Ayew…”

Gyan and Thomas Agyepong were also early this week omitted from the squad coming to Kampala with injuries.

“But now they have brought new, young players who seem hungrier as you saw in their game in Congo (Ghana won 5-1). That calls for doubling our efforts to win on Saturday.”