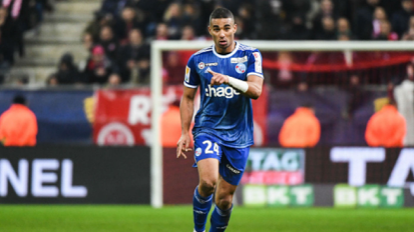 Strasbourg defender Alexander Djiku has suffered a leg injury which will keep him out of action for the next four weeks.

The 26-year old was replaced in the 78th minute against Monaco on Wednesday after picking up the injury in that 1-0 win over Monaco.

Djiku took a scan to determine the extent of the injury which was announced on Friday.

He is expected to be on the recovery table for a minimum of one month which rules him out of the upcoming  Africa Cup of Nations qualifiers against South Africa and Sao Tome and Principe at the end of the month,

The centre-back will also miss Strasbourg's next game against Rennes on March 14 in the French Ligue I.

His injury will be a big blow to Black Stars coach Charles Kwabla Akonnor ahead of the big against South Africa at the Soccer City stadium later this month.

Djiku has been one of the key players for Akonnor since making his debut against Mali in an international friendly last year.