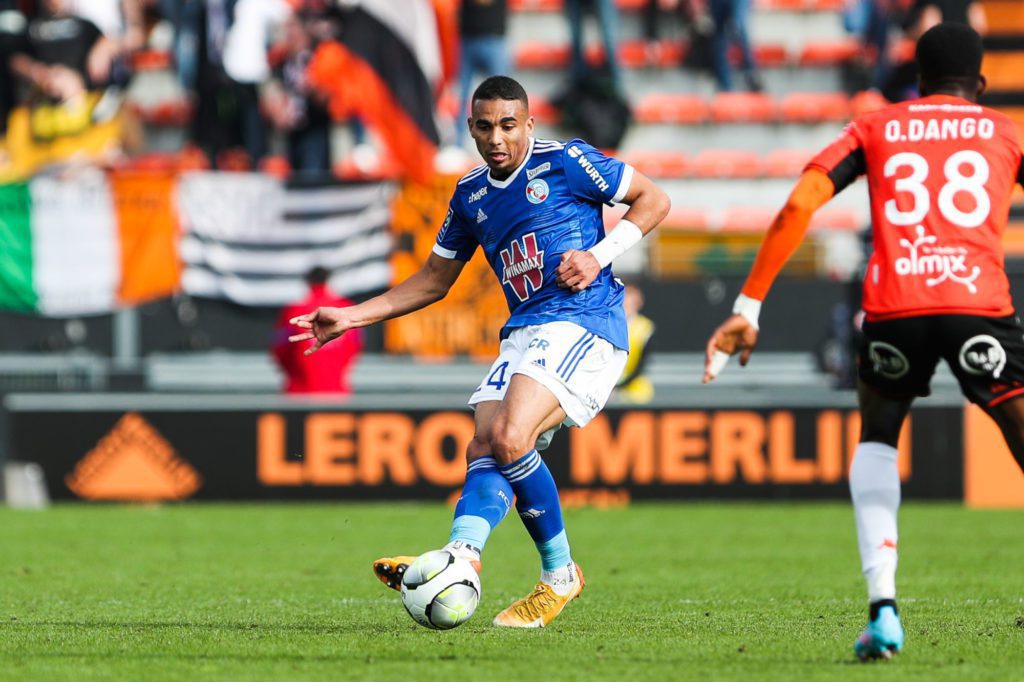 Alexander DJIKU of Strasbourg during the Ligue 1 Uber Eats match between Lorient and Strasbourg at Stade du Moustoir on March 20, 2022 in Lorient, France. (Photo by Maxime Le Pihif/Icon Sport)
Share

Ghana defender Alexander Djiku’s transfer to German side Hoffenheim has been called off due to a last-minute increase in his agent's commission demands, according to L’Équipe.

The Bundesliga club had agreed a €6 million transfer fee with French club Strasbourg, and the player had his medical on Wednesday afternoon.

However, just as the transfer was about to be completed, his agent, who is also his brother, intervened and asked for his fee to be increased, causing the German club to back out of the deal.

Djiku will now have to find another destination after Strasbourg club president Marc Keller agreed to sell the Ghanaian defender this transfer window. The former Caen player's current contract expires in a year.

After an impressive season in which he appeared 31 times in the league as Julien Stéphan's men finished sixth in Ligue 1, the 27-year-old has attracted interest from clubs across Europe this summer, including Sevilla and Rennes.

His overhead kick goal against AS Monaco was voted the best goal in the month of March and was also voted Strasbourg's best goal of the season.

He was voted Ghanaian Footballer of the year at the recently held Ghana Football Awards following an outstanding season in the Ligue 1 for Strasbourg.