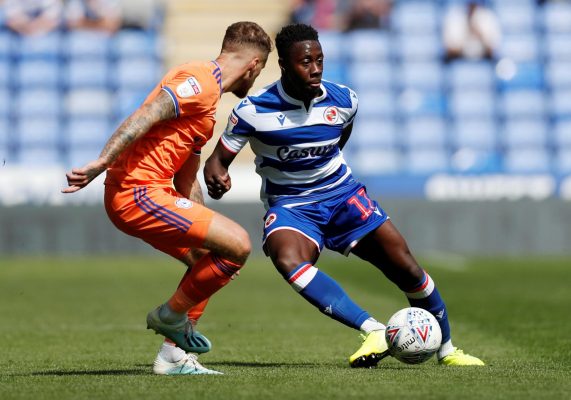 Ghana defender Andy Yiadom is the second player to have completed the most dribbles at English Championship side Reading FC this season, according to WhoScored statistics.

After a poor start to the season for Reading, there have been some promising signs since Christmas. They have drawn out a nine-point gap on the relegation zone.

Yiadom has been instrumental in their great run before the league was suspended due to the coronavirus outbreak.

And according to Whoscored, only midfielder Ovie Ejaria (3.2 dribbles per match) has a better dribbling record that Yiadom this season at Reading.

Doing plenty of attacking damage from right-back, Yiadom, has completed 2 dribbles per match on average this season.

With one goal and four assists, his attacking output has been invaluable for a team that has often struggled in front of goal.

The 28-year-old joined Reading from Barnsley in 2018 and has made over 60 appearances.