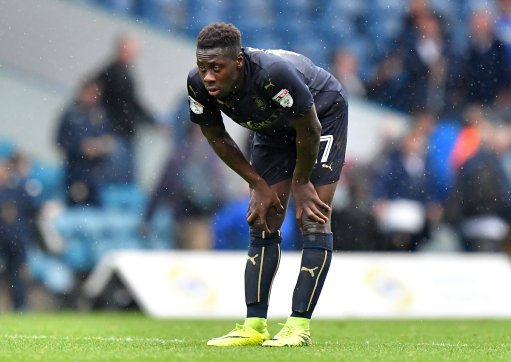 Ghana defender Andy Yiadom is expected to make a return from injury by close of next week, according to Reading manager Veljko Paunović

The Black Stars defender suffered a knee injury during the opening day of the season against Derby County and has not played for his side since then.

The 28-year-old earlier on return from injury against Preston earlier on in the season.

Yiadom had another set back as the injury occurred against Stoke City and has kept him out on the sidelines.

He should be back in training by the end of next week, his coach has issued a warning about his return.

"We have to be careful with him," said the manager. "It's twice he has suffered an injury so we have to contain our excitement about players coming in.

"The expectations are good to have, we just need to know how to deal with them."

He has made three appearances in the Championship for Reading this season.