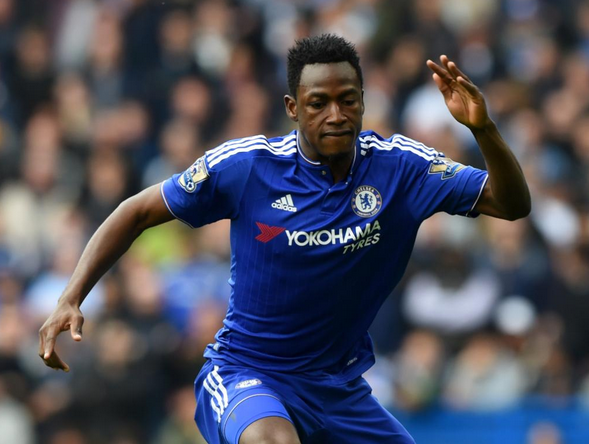 Ghana defender Baba Rahman is set to start for Chelsea in their Champions League game at Paris Saint-Germain tonight after captain John Terry was ruled out the game.

John Terry, a key defender for Chelsea, was ruled out of the game in Paris after being forced off by injury during his side's 5-1 win over Newcastle United on Saturday.

The Chelsea captain, who has announced that he will leave the club at the end of the season, left the fray in the 38th minute at Stamford Bridge, with Baba Rahman taking his place.

Now doctors have confirmed that he will not play in the match, which means the Ghanaian will profit from his captain's injury.

That is because Branislav Ivanovic is likely to be shifted to centre-back from right-back alongside Gary Cahill in the absence of Terry, with Rahman slotting in at left-back and Cesar Azpilicueta moving over to right-back.

With Kurt Zouma ruled out for six months after damaging his anterior cruciate ligament in Chelsea's 1-1 draw with Manchester United last weekend, it potentially leaves the English champions light at centre-back.

Chelsea tackle PSG at the Parc des Princes on Tuesday in the first leg of their last-16 tie. It is the third season running that the teams have met in the competition's knockout rounds.

Chelsea's routine victory over Newcastle left them in 12th place in the Premier League table, 14 points below the Champions League berths.