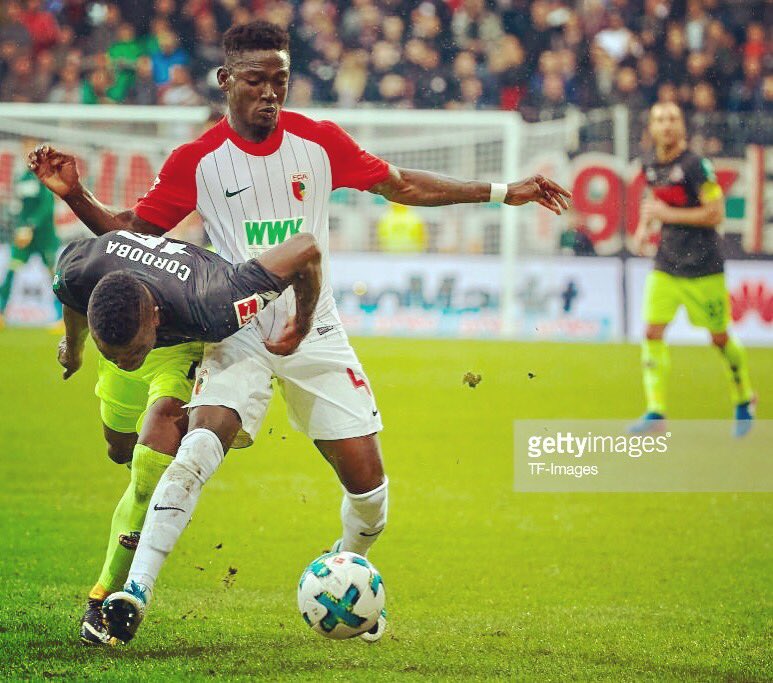 Ghana defender Daniel Opare continued his great start to the Bundesliga season but was unfortunate to be on the losing side as Augsburg were overpowered by Borussia Dortmund.

Opare, who has earned his first Black Stars call-up in three years, put up terrific performance in Augsburg's 2-1 defeat at the hands of Dortmund at the WWK Arena on Saturday. Former Manchester United midfielder Shinji Kagawa scored the winning goal for the Black & Yellows.

The 26-year old lasted the entire duration of the game and according to Whoscored.com he was the second-best Augsburg player after Marwin Hitz (8.05 rating.).

He managed a rating of 7.8 and was able to remarkably complete four dribbles - one less than Dortmund's Christian Pulisic - despite starring at the right back position.

The defeat is the first for Augsburg since matchday one and since Opare returned to starting lineup on matchday three.