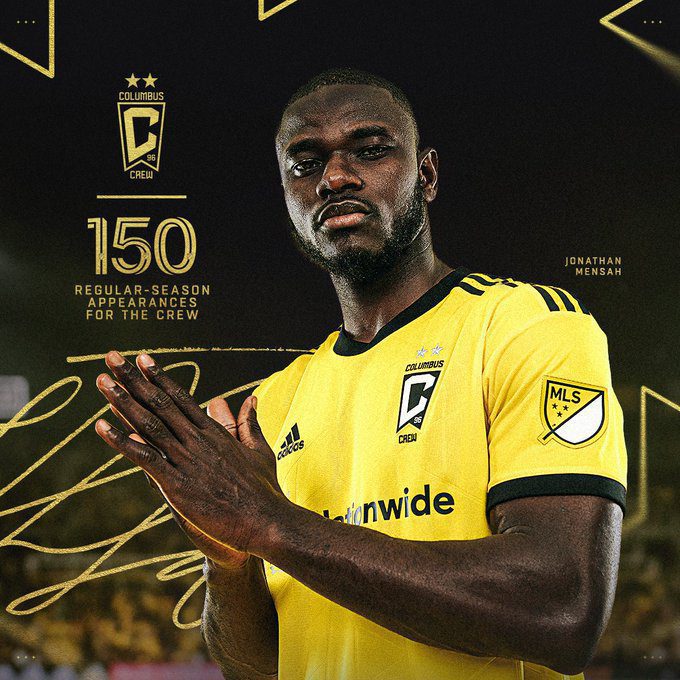 The Columbus Crew captain recorded his 150th appearance for the club as they lost 2-1 to CF Montreal at the Lower.com Field.

The 32-year-old lasted the entire duration in the game.

A statement from the club to mark the achievement of the Ghana international read, "Our captain, Today @Jomens25 makes his 150th regular-season appearance for the Black & Gold".