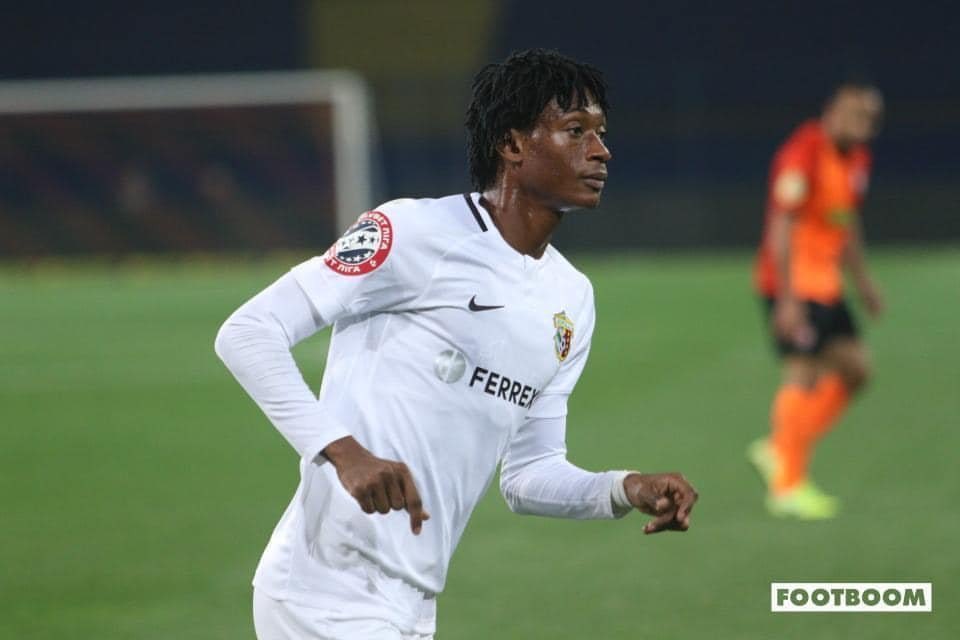 Ghana youth player Najeeb Yakubu featured in Vorskla 2-0 defeat away to Dynamo Kyiv in the Ukrainian Premier League on Saturday.

The 20-year old proved his versatility as he operated on the left midfielder in the game with ease despite being noted as a centre-half.

Viktor Tsyhankov scored the opening goal of the game in the 13th minute of the first half for Dynamo Kyiv.

Benjamin Verbic scored the second goal of the game in the 36th minute to wrap up the victory for home side.

Both sides failed to score in the second half with the game ending 2-0 after regulation time.

Yakubu continues to impress in the Ukrainian League for Vorskla and has made 10 appearances in the ongoing campaign.