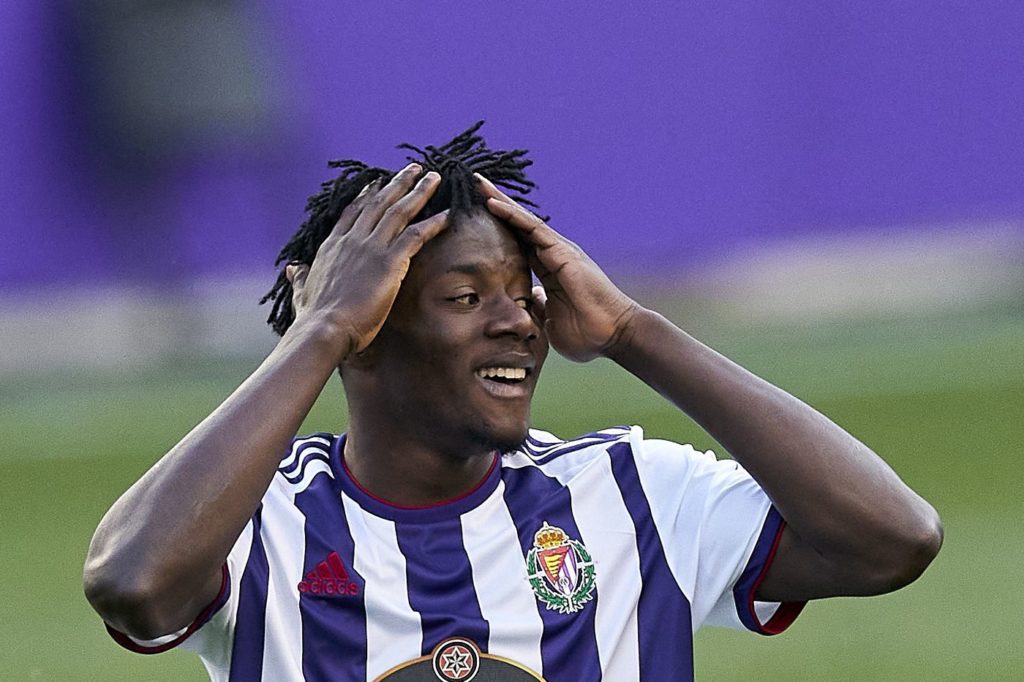 Ghana defender Mohammed Salisu “still a way to go” to be fit enough to play for Southampton following his summer move to the English Premier League side.

The Saints boss Ralph Hasenhuttl has been under pressure over why the talented centre-back has still not played for the side depsite spending huge amounts of money to sign him.

The 21-year-old joined the Premier League campaigners from Spanish top-flight Real Valladolid for £10.9million in August and was expected to play a key role for the English side this season.

However the youngster has not played in the Southampton's nine matches so far this term which has sparked concerns in many quatrters the reason for signing the defender.

Hasenhuttl says there is still more the Ghanaian player has to achieve on the fitness side of things before he can be considered to play in one of the toughest leagues in Europe.

insisted there was “still a way to go” before summer signing Mohammed Salisu would be match fit.

The Ghanaian centre-half, signed from Real Valladolid for £10.9million back in August, is yet to appear for the St Mary’s side this season as he continues to build up his fitness.

“He was training all the time with us more and more – in duels and everything. We must have a look how his body reacts now," Hasenhuttl told the Daily Echo when asked about the status of Salisu.

“There is still a way to go I think for being match fit, but very keen that he was now for a minimum in two weeks part of those sessions.

“He’s a calm guy but physically a very strong guy. He also shows on the ball that he has the calm we need to build up with his decision making.

“He is still learning what we want to do here. It’s not so easy – the way we defend, it’s a little bit different, more ball-orientated.

“But I am very happy he’s here. He’s a long-term project and I am sure that he will play a lot of games for us.”

Salisu was top player for Spanish La Liga side Real Valladolid before Southampton swooped to sign him in the summer.

The Ghanaian centre-backup on his fitness to enable him make a grand appearance for the St Mary’s side this season.

Salisu has miss all of the nine matches played by Southampton in all competitions so far this season.