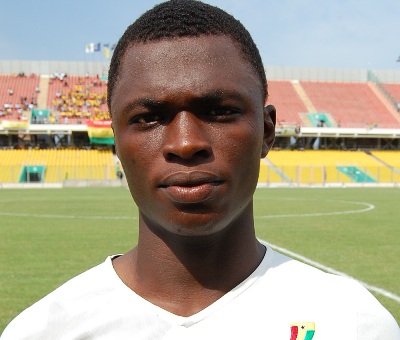 The 18-year-old powerful centre-back, who plays for Ebusua Dwarfs, was handed a one-week trial with the Ligue 2 it has emerged.

Lens swooped to observe the player after he gained his debut call to the Black Stars.

Sumaila, one of the highly-talented Ghanaian youngsters, has returned to his club who are uncertain whether he will be handed a permanent deal.

"He went there to be assessed by the club for a few days," Dwarfs marketing and publicity manager John Ansah told MTNFootball.com.

"I can't say if he will be handed a deal in January or not because I'm yet to speak to him."

Sumaila came to prominence at the start of the season following his excellent performances for Ghanaâ€™s U23 side that won gold at the All African Games in September.

Ghana coach Goran Stevanovic has been impressed with his output which resulted in the decision to call him into the senior team.