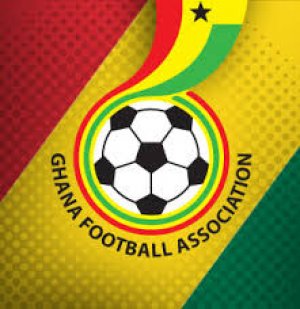 Under seventeen players to play in reserve league

Only players under seventeen years will be eligible to play in the Ghanaian reserve league, the Ghana FA has announced.

This directive was announced at this yearâ€™s ordinary congress session of the Ghana Football Association on Wednesday.

The new rule will however not take effect until the 2014/15 football season.

The new directive according to the Ghana FA boss is designed for the leagueâ€™s intended purpose to be fully achieved.

â€œEffective 2014/2015 season the reserve league will be an U17 competition and not an U20 competition,â€ GFA President Kwesi Nyantakyi announced at Congress.

â€œThis is so because we have realised at age 18, players are eligible to sign professional contracts with their clubs.

â€œThis therefore will not serve the intended purpose with the players promoted to the senior side after signing their professional contracts with the clubs, hence this decision.â€

The reserve league is a competition organized by the Ghana FA for the youth sides of all Premier League clubs.