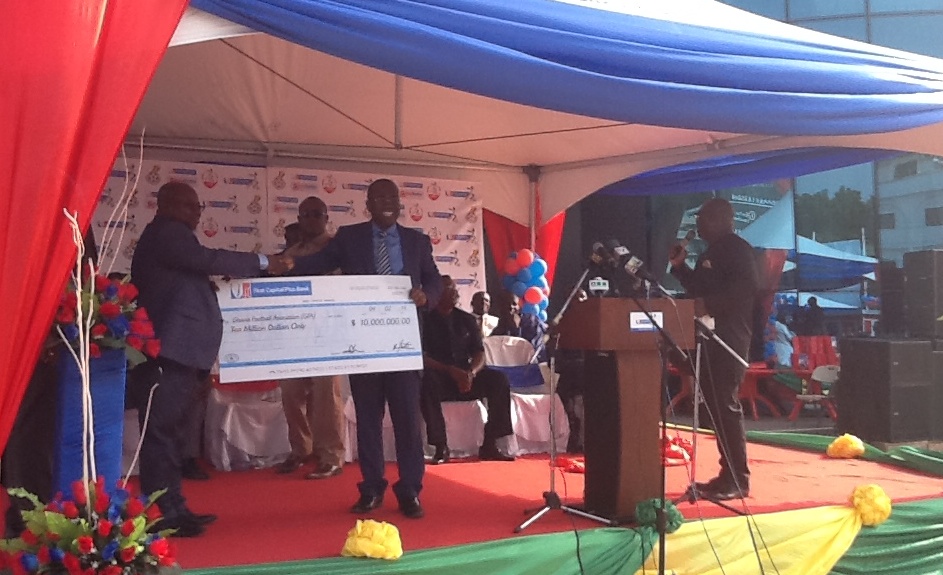 The five-year deal, worth US$10 million, takes effect from today (Tuesday) ahead of the resumption of the second half of the Ghana Premier League tomorrow.

The league will now be named the First Capital Plus Premier League.

"We are very delighted about this relationship," Ghana FA president Kwesi Nyantakyi said.

"Ghanaians are very passionate about football and anyone who decides to sponsor football is sponsoring the passion of the nation.

"First Capital Plus has come at the right time. It has come at a time the premier league has SuperSport as its media sponsor. We will abide by the terms of the contract."

First Capital Plus, a former savings and loans company, became a universal bank in August last year after its huge successes in that field.