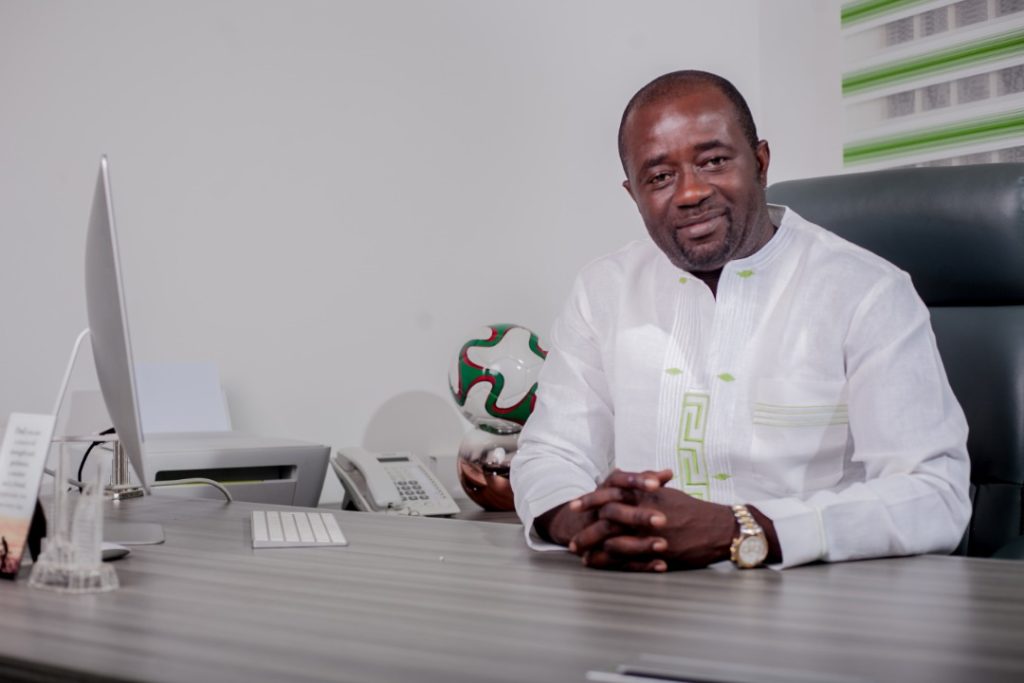 The 48-year-old has become the 24th president of the association after beating his closest challenger George Afriyie to clinch the top seat.

He takes over the mantle of the running of the Ghana Football Association from a Normalisation Committee put in place by FIFA over the last one year.

The mandate of the interim body ended on Sunday to pave way for the former sporrts journalist to assume the reign of power.

"I am really humbled for this unique opportunity," Okraku said at the time of his election victory.

"It is time for us to work, look into the future with hope and build a solid foundation."

He takes over at a sensitive time for Ghana football and will be required to turn the screws in his favour over the four-year period.

Restoring confidence among fans and corporate bodies will be central to his 'game-changing' theme.

The owner of top flight side Dreams FC, Okraku served on the executive committee of the Ghana Football Association under Kwesi Nyantekyi and was previously Communications and Marketing manager of Accra Hearts of Oak after graduating from the University of Liverpool with an MBA in football administration.