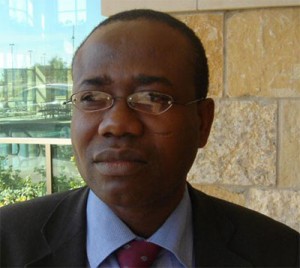 Ghana FA president Kwesi Nyantakyi has defended the proposed 10,000 Ghana cedis ex-gratia for out-going members of the Executive committee of the federation.

Congress, the highest decision body of federation, will take a final decision on the amount in August.

The motion which was moved by Acting CEO of Aduana Stars Kofi Manu at an extra-ordinary congress two weeks has been met with harsh criticisms.

He told Citi Sports: "It's a voluntary work and they don't get paid for what they do and therefore if a little amount to serve as a mark of appreciation shouldn't call for any furore."

"Congress which is the highest decision body has the authority to take the final decision on the issue. The members of the Executive committee make a lot of sacrifices and nobody talks about it and what they have done."

"They only get sitting allowances and so I think we should make them happy."