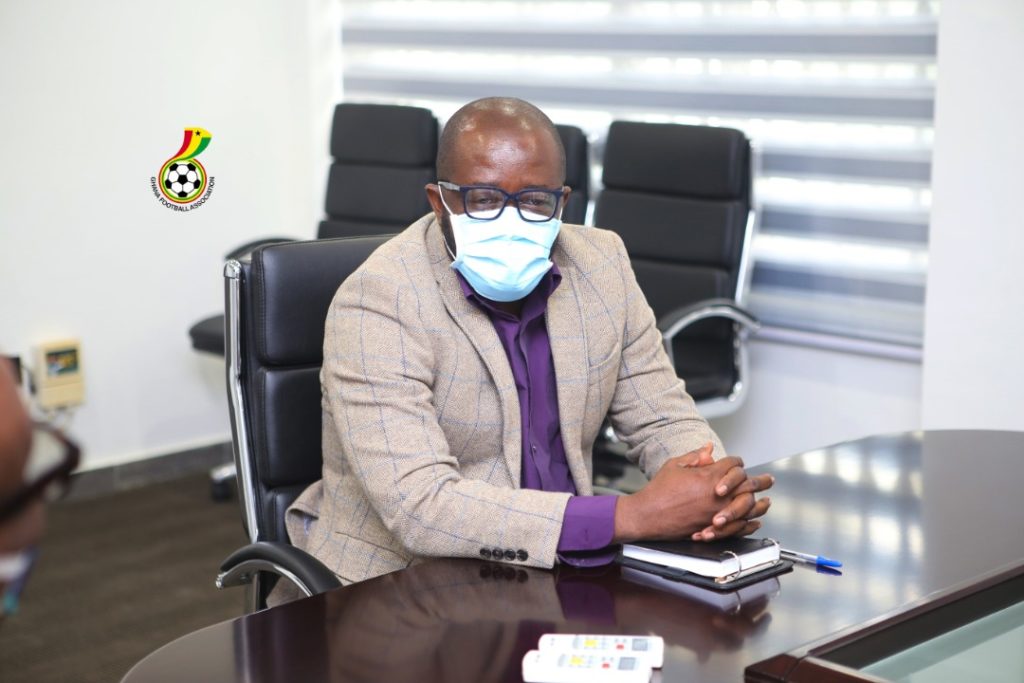 President of the Ghana Football Association, Kurt Edwin Simeon Okraku has refuted claims the Black Stars will pitch camp in Europe next month as part of preparations for the upcoming World Cup qualifiers and the Africa Cup of Nations.

A schedule released on the FA's website last month revealed the team will be in Europe for camping in June.

"I read in the public space about a purported plan by our FA to camp(Black Stars) in Europe even though our June World Cup games have been shifted to September 2021. The Ghana FA / Sports Ministry has not made that call and in due season, we will officially roll out our plan for the team," he said.

Information reaching GHANASoccernet.com reveals, the FA has plans of engaging the team by organising two friendlies in Ghana next month.

Coach Charles Kwablan Akonnor could use the opportunity to give the new players in the squad another shot at making it to AFCON 2022 in Cameroon.

Having qualified for the tournament for a ninth consecutive time, the FA and government are seeking an amount of $25 million to help fund the team to success.

Ghana has not won the Africa Cup of Nations since 1982.