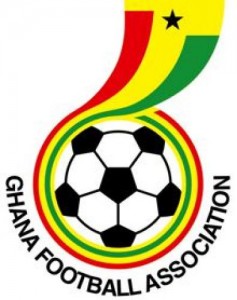 An Executive Committee Member and Chairman of the Black Queens Management Committee, Fred Crentsil, says following allegations of bribery against coaches of the various national teams, the Ghana Football Association (GFA) had sternly warned the coaches to desist from those acts, if indeed, they engage in any such unlawful behaviours.

He gave this caution when he met with the various coaches of the national teams to diagnose the problems with Ghana's national teams, where the issue of coaches asking for their palms to be greased before inviting players into the teams came up.

Speaking to Chronicle Sports on Wednesday, Fred Crentsil said though the issue had often been talked about, the coaches present at the meeting strongly denied that they took bribes from the players.

'When we raised the issue at our meeting with them last week, they all denied it, and so it remains a perception, and we can't do anything with perceptions.

'People have been talking about it, but no one is really ready to come forward to prove their case.

'In spite of the denials, we've warned the coaches that if it comes to light that some of them are into that act, the laws of the land will deal with them,' he noted.

In the wake of the current bribery allegation against Black Queens coach Anthony Edusei, the Chairman of the Black Queens Management Committee said Alima Moro and the coach had been spoken to as a way of unearthing the truth, but both of them denied it.

'On hearing about this allegation, we've initiated action. We've spoken to the coach, who denied ever collecting money and gifts from the girl.

'The girl also denied ever saying she paid money to the coach, in addition to other gifts. We've, therefore, asked her to formally write to the GFA to confirm her position on the matter,' he stated.

As to whether the formal writing of a letter to confirm her position on the matter would end the issue, Crentsil said, 'If she formally states something contrary to what she had verbally told us, we'll have grounds to initiate investigations into the issue, but if she maintains her position, there'll be nothing to investigate.'

Last Tuesday, news about Alima Moro's voice on tape suggesting that she paid 1,000 Euros in addition to other gifts to the coach, in order to get a place in the Black Queens squad. But, rather disappointingly, after the payment, she was overlooked.

In that secretly-recorded tape, the Italy-based Alima Moro reportedly claimed that some of her colleagues confirmed having paid bribes in the sum of US$21,000 to the Black Queens technical team, ahead of camping for the two-leg qualifier against Ethiopia.

On Wednesday morning, Alima Moro, in an interview with Happy FM, strongly denied making those allegations, calling the bluff of the journalists behind the story published on ghanasoccernet.com names, claiming, 'they were not men enough to talk to me face-to-face while I was in Ghana.'

'Why did they wait for me to leave Ghana before coming out with the story, if they were not afraid,' she asked.

Adamant in her denial of the story, Alima Moro has threatened legal action against ghanasoccernet.com for sullying and tarnishing her image by publishing falsehood about her.

She also denied ever holding discussions on the issue with her colleagues saying, 'Even if I did pay and didn't get selection, I would not go around and make noise about it.'

In denying the story, Alima Moro also cleared Coach Edusei, saying, 'This is a coach, who knowing the mindset of people around, declines assistance from any of us.'

'Why should a man of God, like Coach Edusei, be maligned in this manner?' she asked.

The man at the centre of the allegation, Coach Anthony Edusei, on his part, said, 'There is no truth in the story,' and added, 'We should work together to unravel the truth or otherwise surrounding this issue.'