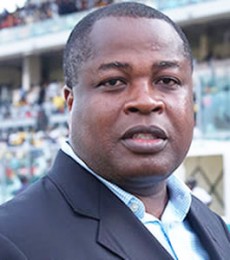 The Ghana Football Association is confident that Serbian coach Milovan Rajevac will continue to lead the Black Stars even though his contract has expired.

Talks over a terms of a new four-year deal failed to reach a conclusion before the tactician left on Saturday for South Africa to coach the country in their friendly against Bafana Bafana.

Rajevac's contract with the Ghana FA expired on Tuesday and there were fears that he could leave to coach his home country or the two rich Arab clubs who are keen on his services.

According to the Ghana FA even his decision to continue to coach the Black Stars even without a contract is an indication of his commitment to the country.

Ghana FA vice president Fred Pappoe insists the sticking point over the terms of the contract will be sorted out immediately after the friendly in South Africa.

"We are confident that the coach will stay because our talks with him were far advanced but time did not allow us to conclude the deal," Pappoe said.

"The sticking point was the terms of the contract and as in negotiations the two parties bargain so we will continue when the team returns from South Africa.

"We are happy with how the talks went on Saturday and it is only a matter of time before we seal the deal."

Rajevac has been impressive in charge of the Black Stars leading them to two continental finals - the African Cup of Nations and the African Nations Championship.