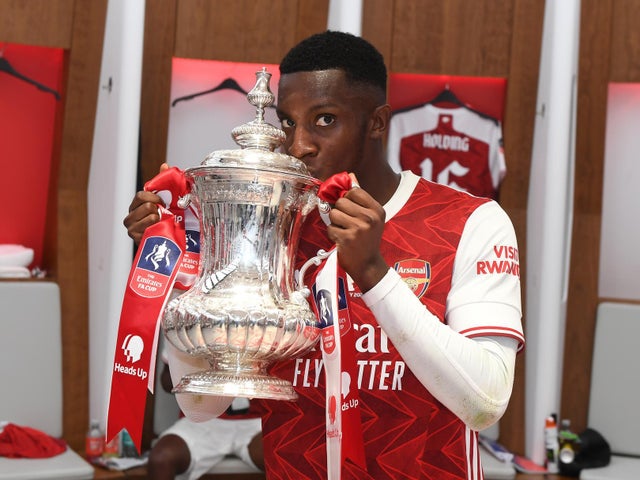 Nketiah made a second-half appearance as the Aubameyang-inspired Arsenal rallied from behind to beat London rivals Chelsea to clinch record-extending 14th FA Cup.

The trophy was Nketiah's second of the 2019-20 campaign. He earned a winners medal after Leeds United, a club he spent the first half of the season at, won the English Championship to seal a comeback to the Premier League.

The GFA sent the congratulatory message on their official Twitter handle after Eddie Nketiah had posted a group photo of the Arsenal team celebrating the trophy.

The congratulatory message confirms the GFA interest in the attacker. The 21-year-old born to Ghanaian parents in London is yet to decide his international future.

However, it is becoming increasingly likely that he will opt for England, having played for all the youth teams of the European country.

Early this year, it was reported that Nketiah had told then head coach Kwesi Appiah he was not interested in playing for the Black Stars.

According to the report, the decision by the youngster could be attributed to the bitterness in his father after his son was overlooked by the Black Starlets three years ago.

It further explained that his father who wanted Nketiah to play for Ghana travelled to the country to indicate the availability of the Arsenal youngster for West African country, but he wasn’t selected for the U-17 team.

He has scored a total of 27 goals for England at U18, U19, U20 and U21 levels and is highly rated by technical members of the England national team.