The Ghana Football Association has sent a temperate reply to Asante Kotoko in an attempt to settle the impasse between club and the local football governing body over the ban on videoing of league matches.

On Thursday, the Porcupine Warriors used incendiary vocabulary in addressing the issue and even threatened to pull out of the TV deal with StarTimes.

Asante Kotoko described the directive as absurd, primitive and backward.

The Ghana FA has written to Premier League clubs warning not to film matches which they described as illegal and a breach of contract with broadcast holders StarTimes.

''It is with the greatest of humility that the Ghana Football Association (GFA) write to acknowledge receipt of your letter dated today, November 19, 2020,'' a letter signed by General Secretary Prosper Harrison Addo read.

''The subject matter of your letter is part of the key issues to be discussed at the meeting scheduled by the GFA with all the Chief Executive Officers of Premier League clubs on Monday, November 23, 2020 at 2pm.'' 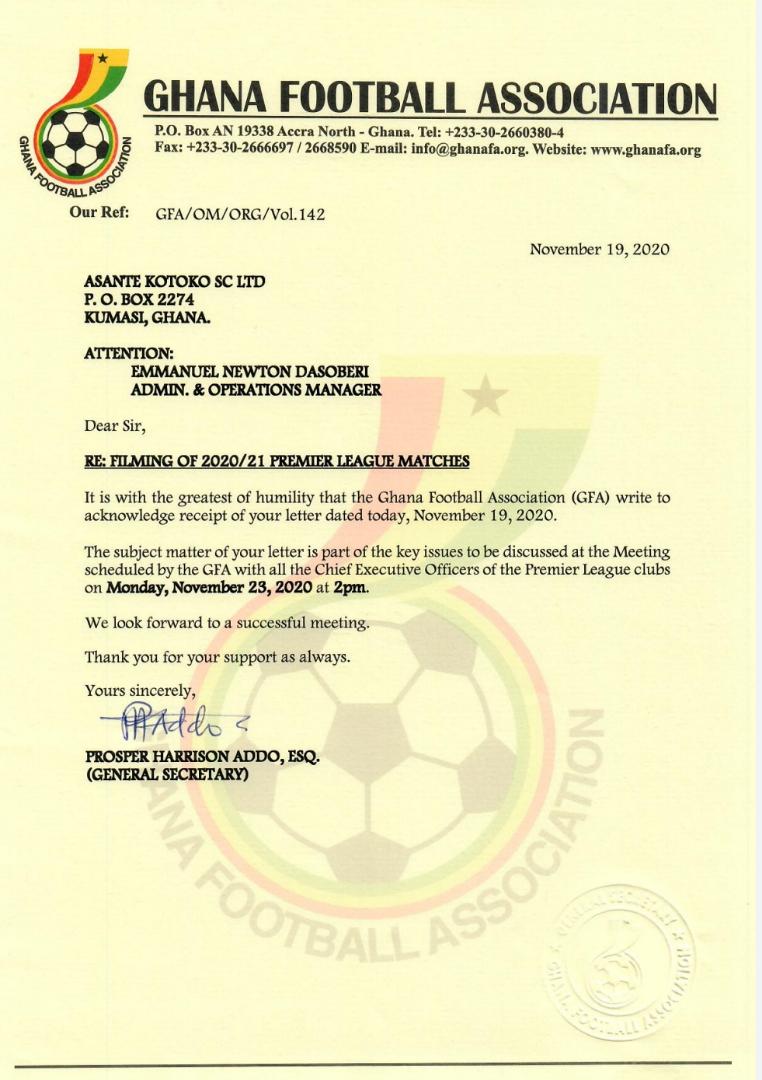