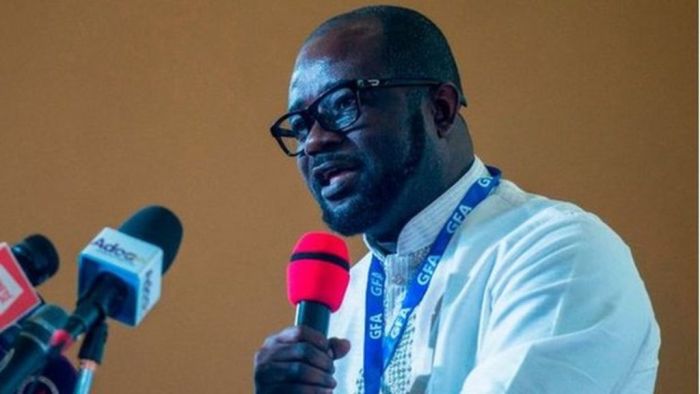 The Ghana Football Association is completly broke with the outfit struggling to pay salary of staff, it has emerged.

The association is on its knees with huge financial burden crippling the new Executive council.

This was revealed during a Zoom Cloud Meeting with owners of Division One  League Zone 1 on Wednesday.

The Kurt Okraku administration inherited a depleted account from the Normalisation committee, putting the finances of the FA in a massive distress.

FA president Kurt Okraku has been holding a high-powered meeting with football club owners in the country amid the coronavirus crisis which has wrecked havoc globally.

The association has been in a disbursement stand-off with clubs over a $500,000 stimulus package from world governing body, FIFA to the Ghana Football Association.

While the FA want to use the cash operational cost, some clubs want the money to be shared for its members - a situation which has sparked tension between the two parties.

But it has now emerged that the Ghana FA is broke as it struggles to pay salary of its staff.

The Normalisation Committee has been unable to account for over 5 million Ghana cedis since being replaced by the substantive body, it has emerged.

Football in Ghana has remained suspended since March 16, 2020, with clubs struggling to pay staff and players due to the outbreak of the virus.

The situation has forced the clubs to call on the FA to come to their aid with financial support.

However, the FA for the past month has been trying to get a stimulus package from the Covid-19 Trust Fund set up by government.