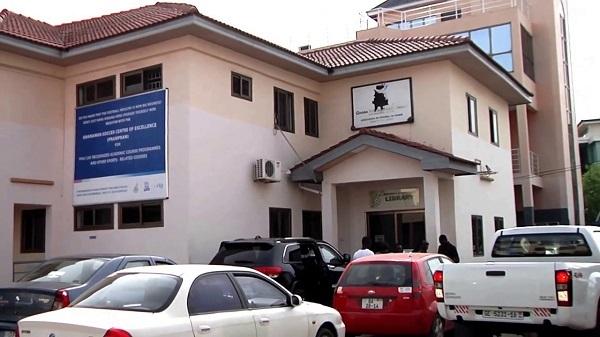 The Ghana Football Association (GFA) says it has been compelled to splash out huge amounts of money to renovate the secretariat for the second time in one year because it wants to sweep for bugs and other eavesdropping tools.

The football fraternity has been alarmed by the federation's latest splurge to renovate the building situated at the heart of Accra, just one year after the Normalisation Committee (NC) led by Kofi Amoah spent the debt-ridden federation's money to carry out the same thing.

The major facelift just under one year, has seen the floor of GFA President Kurt Okraku and General Secretary Prosper Harrison-Addo completely inaccessible to majority of staff and football family unless invited thanks to the installation of fresh biometric security entry.

In a move to prevent devious secret recordings, gadgets have also been installed to disable any form of recording device or mobile phone in the offices of the two top officials.

The latest cash splash has irked fans because there are other pressing needs of the organisation like paying the outstanding fees of referees in the country which goes to the heart of the game.

The revelation comes at a time when the Ghana FA has approached government seeking a bailout to help the football federation run the leagues suspended because of the outbreak of coronavirus.

Football observers say the fresh wave of huge expenditure under the guise of sweeping for eavesdropping tools could have been used to support the clubs reeling over the suspension of the leagues.

'We (Ex.Co) were advised by the NC that the FA boardroom where meetings are held has been bugged. Dr Kofi Amoah never used the FA offices for meetings but his residence and private office were used," Acheampong  told Kumasi-based Kessben FM.

''He even held meetings with FIFA's delegation at his own house. He informed us that meetings are leaked whiles ongoing due to secret recording devices implanted in the offices.

''Dr Amoah stopped using the FA President’s office for meetings and directed all meetings to his house or office when he was the head of the association.

''This was the reason why the ceiling and tiling at the office had to be replaced with a survey from security experts to identify the installed devices but nothing was seen.''

The Ghana FA has come under criticism for being wasteful after deciding to spruce up the office.

''It is unclear who planted the device, but it is turning out that it had been done in order to record the association's meetings and other activities,'' Acheampong added.

''In order to cease leakage of information from meetings, action had to be taken to tighten security and safeguard sensitive information of the FA.

''Now the FA President and General Secretary offices are being renovated at the moment with facilities that can disable any form of recording device or phone.

''There is now a biometric security entry that allows access for only registered staff thumbprints to the floor of the FA President and General Secretary offices.

''It is now mandatory for all visits to the FA President’s office be without mobile phones.''