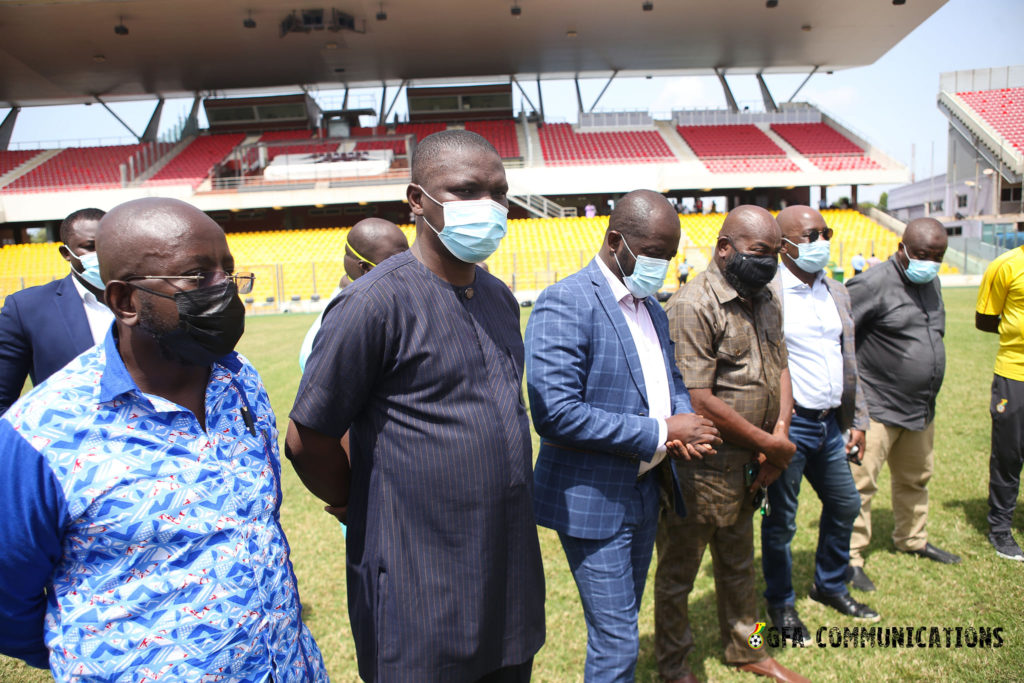 Ghana FA president Kurt Okraku has charged the Black Stars to beat the Bafana Bafana of South Africa in order to secure qualification to next year's Africa Cup of Nations tournament to be held in Cameroon.

Ghana had its early qualification delayed after losing by a lone goal to Sudan in the qualifiers last year November in Khartoum.

Ghana and South Africa are currently levelled up on 9 points in Group C of the qualifiers.

A win against South Africa will see the Black Stars take a three-point lead on the table and also ensure automatic qualification.

Speaking at the team's final training session here in Accra before they depart to Johannesburg on Tuesday night, Kurt Okraku urged the players to beat the South Africans and book an early ticket to the AFCON tournament.

"We have two more games in front of us and from these two games, we have to be part of the best-assembled on the African continent".

"From the two games, we have to qualify but qualification starts from the first game in South Africa and for that reason, we have been preparing for the past four weeks".

"When we match out of the tunnel to face South Africa lets all have one thing in mind that qualification. Whatever it takes for us to come out with the right results we have to make that necessary effort. We wholly believe in the technical team and your quality which is why you are here. We believe that you have what it takes to take Ghana to the promised land".

Black Stars coach Akonnor has named a 26-man squad for the trip to South Africa without the Ayew brothers, and Thomas Partey due to COVID-19 travel restrictions and quarantine protocols.