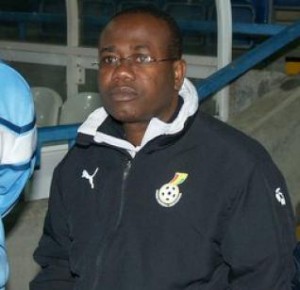 Incumbent Kwesi Nyantakyi is the only candidate to have submitted his nomination forms for the presidency of the Ghana Football Association, GHANAsoccernet.com understands.

Reports in the local media claim duo Neil Amstrong -Mortagbe and Vincent Sowah Odotei are struggling to get the required number of officials to endorse their nominations.

The GFA status requires a candidate to provide ten officials who have a say at the Ghana football to endorse their nomination.

In the last election held in 2006, contestants Kojo Bonsu and Oheneba Charles submitted their nominations on the eleventh hour.

Nyantakyi is good deeds under the year in review will help him retain the slot.

"I have picked my forms and returned them," he said.

"These elections will not be won on radio and by nice words. It is not a general election and those who will vote know at the end of the day who has shown by what they have done already that they can deliver."