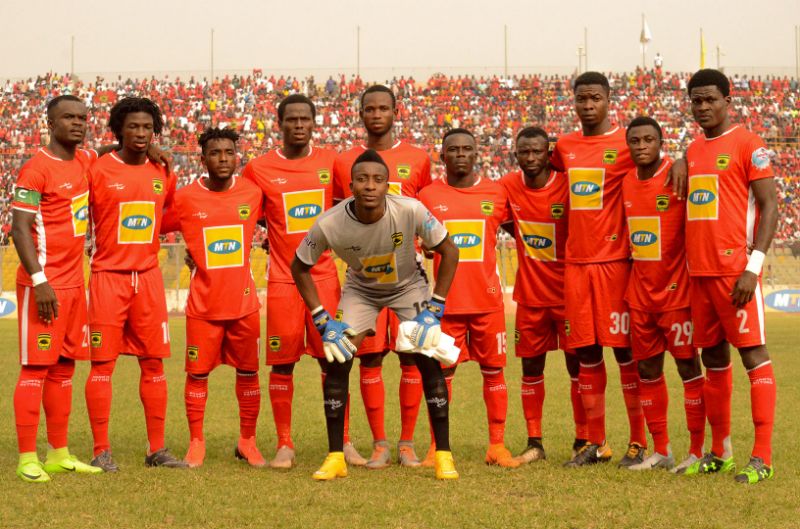 The Ghana FA has reduced five-match home ban on giants Asante Kotoko but increased the Kumasi-based side with a GHc20,000 fine over the violence during their league match against Berekum Chelsea.

The Porcupine Warriors were initially banned from the Kumasi Sports Stadium for five home matches and fined GHc10,000 following the incident that saw pitch invasion and throwing of missiles at match officials.

The GFA Disciplinary Committee has now ruled that Kotoko must play three home matches behind closed doors at the Baba Yara Stadium after the Porcupines admitted guilt.

They will also pay a fine of GHc20,000 in relation to unsporting behavior by supporters of the Club during their Matchday 3 encounter against Berekum Chelsea.

"Asante Kotoko shall play three (3) home matches behind closed doors at the Baba Yara Sports Stadium instead of the five (5) stated by the Prosecutor," the Disciplinary Committee said in its statement.

"The monetary fine for the Club has been increased from GHc10,000.00 to GHc20,000.00 which must be paid to the GFA within 7 working days from the receipt of this decision.

"Asante Kotoko must provide evidence that it has identified and punished all who were found culpable in the events of the day within 21 days failure of which any future decision by the Disciplinary Committee will consider the Club’s inability to discipline their fans as stated in their reply to these charges."

This decision was taken after the Disciplinary Committee received Asante Kotoko’s reply to the charge sheet sent by the Prosecutor.

While Asante Kotoko accepted guilt for the conduct of their supporters, the Club pleaded for mitigation based on which the Disciplinary Committee empanelled five members to hear the case.

In deciding the case, the Disciplinary Committee considered the various breaches of the GFA Disciplinary Code and Premier League Regulations as stated in all four charges against the Club based on which the prosecutor proffered punishments.

The Club’s plea for mitigation and their efforts to identify and punish anyone found culpable in the acts that occurred at the stadium on the said date was also considered by the Panel.

The panel which was chaired by Chairman of the Disciplinary Committee Mr Osei Kwadwo Esq. also considered the Club’s commitment to support efforts that would instill discipline in the league and their regret for the actions of their supporters which clearly breaches the GFA Premier League Regulations and Disciplinary Code.