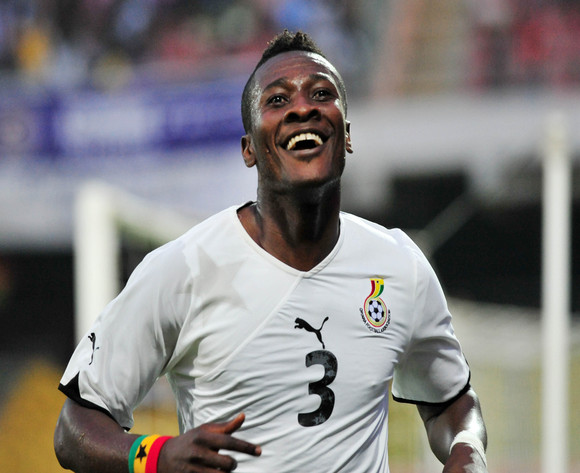 The Ghana Football Association (GFA) has emphatically rubbished reports that Asamoah Gyan is on the verge of being appointed the substantive captain of the Black Stars.

A statement from the GFA also thinly slammed the campaign from certain quarters to have youngster Andre Ayew named as the captain of the national team.

The GFA insists that John Mensah is the substantive captain of the team while Michael Essien stays as the deputy Black Stars captain.

This comes after a Ghanaian website Â footy-ghana reported that the GFA was preparing to name Al Ain striker Gyan as the new captain next month.

But the GFA has issued a statement insisting that the report which was also reported on several websites, radio stations and newspapers is false.

"We want to assure Ghanaians that the report which has been carried on various media platforms is inaccurate," Ibrahim Sannie, the GFA's Director of Communications, said in the statement.

There has been a recent campaign by Rahim Ayew to have his junior brother Andre named as the leader of the Black Stars even though there are several senior players ahead of him.

The GFA has rejected that request saying it will continue with its policy of using the squad's most experienced player at any given time as the Black Stars leader.

"In the event that both players (Mensah and Essien) are not part of a squad named for a match, the squad's most experienced player will take over," the statement read.

"We want to assure Ghanaians that there is no agitation from the management team or the coaching staff for the change of this order.

"The GFA will not depart from the team's policy of using the squad's most experienced player to captain the team at any given time."

The Black Stars saw massive disunity in 1991 when the current Black Stars coach Kwesi Appiah was stripped of the captaincy and handed to Abedi Pele.

The team divided along tribal lines with Anthony Yeboah leading the other faction which led to some bad results for the Black Stars in that era.

Even though the early 1990s squad was blessed with talented players like Abedi, Yeboah, Ali Ibrahim, Emmanuel Armah, Frimpong Manso, Prince Polley, the division affected the squad and they could not win anything.