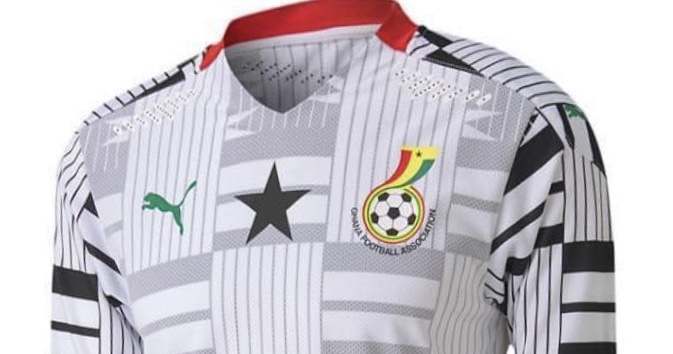 Ghana Football Association (GFA) Communications Director, Henry Asante Twum has expressed his displeasure over some images that have leaked online claiming to be pictures of the Black Stars new home and away jerseys.

News went rife this week that the Black Stars are set to release a new jersey for their forthcoming double header friendly games against Mali and Qatar after plethora of photos of the supposed new shirts emerged on FootyHeadlines website.

The home jersey is dominated by white colour with black designs while the away jersey predominantly made of the Ghanaian colours of Red, Gold and Green with the Black Star in the chest region.

Ghanaians however did not hide their displeasure in the supposed chosen colours and design.

Asante meanwhile has claimed that there is no iota of truth in the report but gave a hint that a new jersey will be unveiled shortly.

"I am surprised to read comments about the said jersey."

"Since 1992 the colours of the national teams has change so why will one say the FA and Puma has change the design and colour of the jersey," he quizzed on Kumasi-based Alpha Radio.

"We will unveil the new jersey when the time comes but for now let us treat the circulating design as a hoax."

Ghana will play against neighbours Mali and Qatar on 9 and 12 October respectively in Antalya, Turkey.