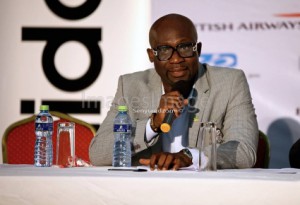 The Ghana FA will consider a proposal to increase the number of Premier League teams to 20.

There have been calls for the number of participating teams to be increased to accommodate Tema Youth and King Faisal who have been engaged in a long-running legal battle with the FA.

There are fears the looming legal tussle between Tema Youth and the FA regarding an appeal case against Dreams FC could disrupt the proposed start of the new season.

But Ghana FA vice-president George Afriyie has confirmed the proposal will be discussed at Congress - the highest decision body of the FA.

“For now we are playing a 16-club league but there have been proposals for us to make it 20 but that will be discuss at congress”, Afriyie is quoted to have told Accra-based radio station Starr Fm