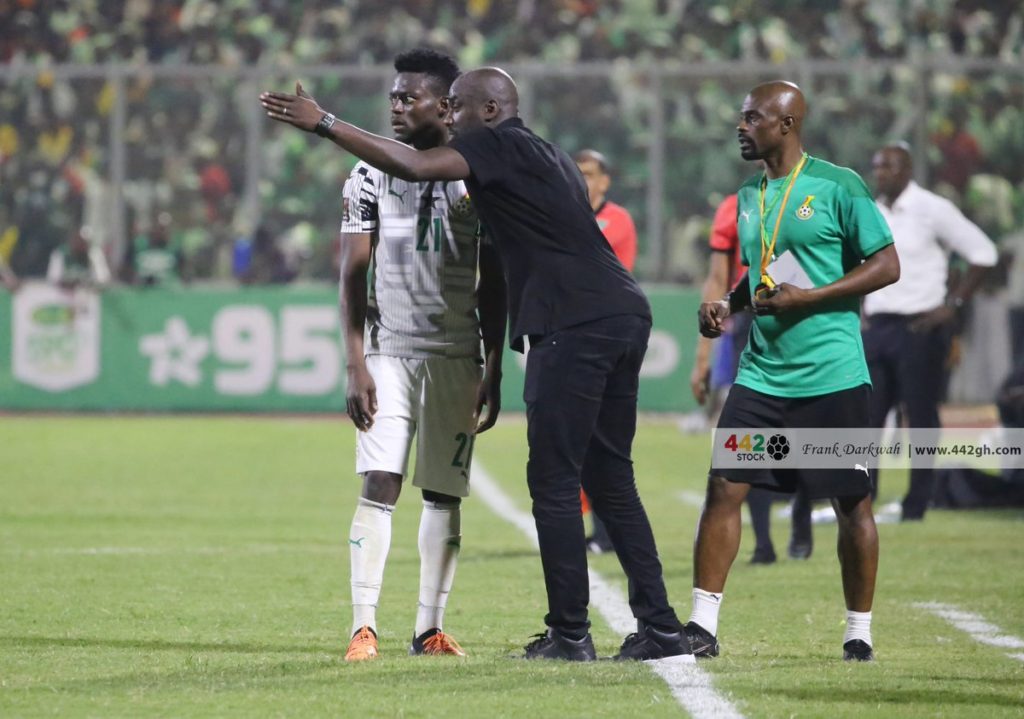 Otto Addo gives instructions during Ghana's match against Nigeria at the Baba Yara Stadium in Kumasi.

The Ghana Football Association (GFA) has decided to keep the Black Stars technical team that helped Ghana qualify for the 2022 FIFA World Cup at the expense of sworn rival Nigeria.

GFA president Kurt Okraku revealed this in a social media post, in which he denied rumours that he has scheduled a meeting with Chris Hughton about the Black Stars job.

He stated that an announcement to confirm Otto Addo as permanent coach is imminent. Addo will be assisted by George Boateng and Mas-Ud Didi Dramani, while former Premier League coach Hughton will be maintained as technical advisor.

"Rumour mongering is becoming the order of the day in football...Just to be clear, I do not have a scheduled meeting with Chris Hughton," Okraku wrote.

"The FA, having assessed the work of the technical team of the Black Stars, and having engaged all relevant stakeholders, is working to keep Otto [Addo], Didi [Dramani], George [Boatentg] and Chris [Hughton] in their respective roles for all immediate assignments."

He added, "Official announcement expected shortly...Other need areas of the technical team that the coach has identified is being addressed."

This comes after GFA General Secretary Prosper Harrison Addo recently said the association has no problem with Addo combining the Black Stars job with his role as Dortmund assistant coach.

"The GFA has been talking to the coaches of clubs and very soon we will finalize contracts with them,” he told Graphic Sports.

“We are working to get all the technical teams together, as advised by President Nana Addo Dankwa Akufo-Addo, and we are at a stage where all of them are okay.

“We have to agree to contracts and get other stakeholders such as the government which is responsible for paying national team coaches to agree to the terms and then we sign the contracts.”

Addo had earlier revealed that Dortmund has permitted him to continue working for Ghana.

“I got permission from Dortmund. Under certain conditions, it works out that I can do the international game phases in June, September, and also the World Cup,” he said on the Hamburger Abdenblatt Podcast.

Black Stars will return to action on June 1 against Madagascar in Africa Cup of Nations qualifiers.