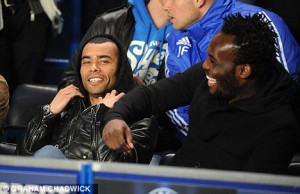 Ghana Football Association, Chelsea and knee specialists in England will have a meeting in the coming days to reach a conclusion on when Michael Essien will return from injury ahead of the World Cup.

There are fears that Essien could miss the tournament because of a serious knee injury he suffered at the Africa Cup of Nations in Angola in January.

He has since not played for his club Chelsea with doctors uncertain over his return date but Ghana coach Milovan Rajevac included the influential enforcer his provisional 30-man squad.

Despite the facilities at their Cobham training ground being shut as the season in England has ended, Chelsea have allowed Essien to continue to use the place to aid his recovery.

The midfielder says a meeting will be held, most likely next week, with official of the GFA over his recovery plans, insisting his recuperation plans are well on course.

â€œThe plan right now is to have a detailed meeting with the Ghana FA and with Chelsea as well in the next few days,â€ Essien said.

â€œWe are organising that as we speak so everyone will be fully informed about the situation and the progress on a daily basis.

â€œWe felt it was best to leave it till now so as not disrupt Chelsea's League & Cup plans and also it is the best time for the Ghana FA as the team will be getting ready to meet up now.â€

Even though doubts still persist over his fitness for the tournament in South Africa, Essien insists he is happy with the progress he has made.

â€œAt the moment I am carrying on with my rehabilitation programme. Chelsea have allowed me to carry on till the end of May at Cobham and my fitness will be assessed by the experts as the days go by.

â€œI feel a lot better than I did a few weeks ago so I am keeping my fingers crossed that all will be well.â€