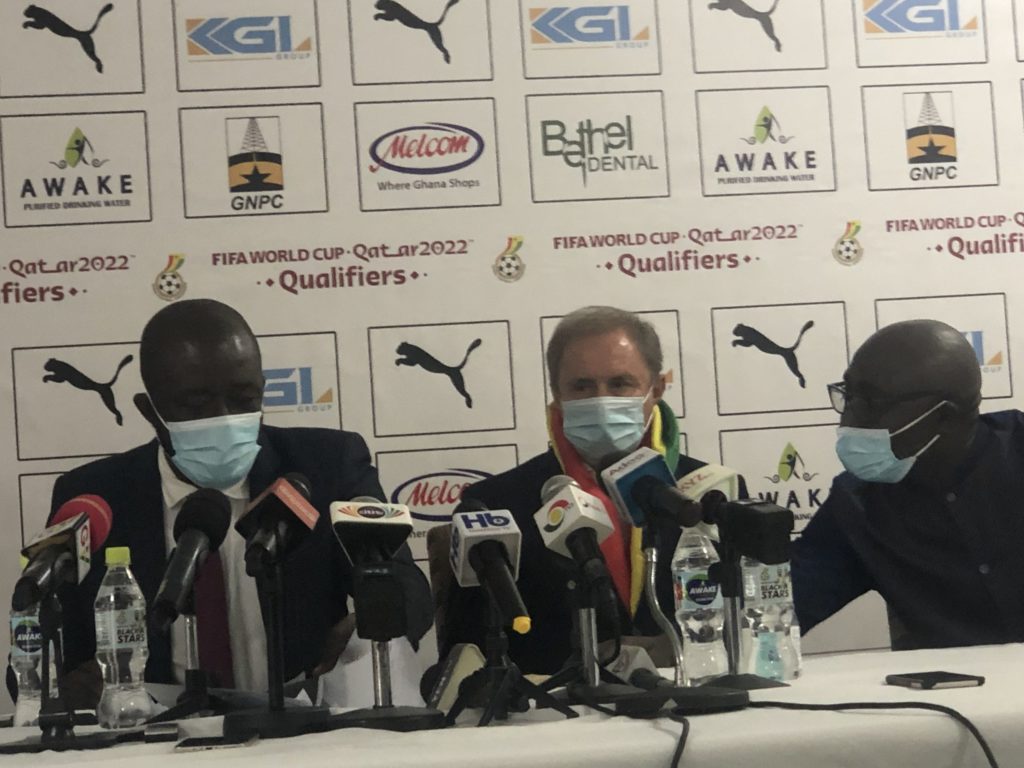 Serbian trainer Milovan Rajevac has been officially announced as the head coach of the Black Stars by the Ghana Football Association at a press-briefing held on Friday.

The 67-year old makes a return to the Black Stars job for a second stint having signed a one-year contract.

Rajevac was successful in his first stint with the Black Stars as he guided the team to a quarterfinal finish in the 2010 FIFA World Cup in South Africa.

Milo also assembled a Black Stars team dominated by the 2009 Ghana U-20 World Cup winning squad that reached the finals of the 2010 AFCON in Angola.

The former Thailand coach makes a return to West African country for the first time in 11 years and has been tasked by the Ghana FA  to qualify the team to the FIFA World Cup.

As earlier reported by Ghanasoccernet.com Milovan Rajevac will take home a signing off fee of $100,000 and a $30,000 monthly salary as Black Stars coach.

He will be assisted by Dortmund’s Otto Addo and Maxwell Konadu.

Otto Addo will work on part-time basis with the Ghana national team.

The Serbian has signed a performance based contract and has been tasked to win the 2021 Africa Cup of Nations and qualify the team to the 2022 FIFA World Cup to be staged in Qatar.

The Ghana FA has promised a $600,000 reward package for the former Algeria coach should he complete the task.

Milovan Rajevac begins his second stint with a doubleheader against Zimbabwe in the 2022 FIFA World Cup qualifier next month.

The coach has been in Ghana since Monday September 20, preparing to name his squad ahead of the official unveiling.