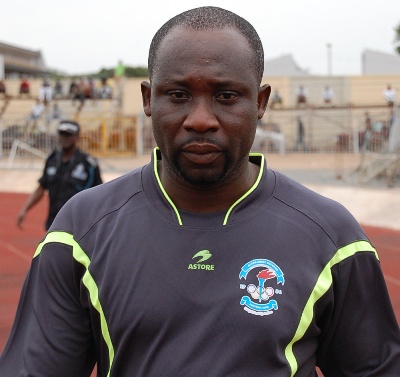 The Miners will kick off their continental campaign at the Len Clay Stadium in Obuasi on Sunday February 14 before travelling to Algerian in a fortnight for the second leg tie.

Some top officials of the Ghana Football Association will also be in attendance to grace the occasion and offer their support to Ashgold.

The winner of the two-legged tie will then advance to the 1/16 stage where they could face the winner of the match between Tunisia’s Club Africain and A.S. Tanda of Cote D’Ivoire.

Ashgold were in thefinals of the 1997 edition of the Champions League competition were they lost on penalties to Raja Casablanca of Morocco.

Ghana FA Cup Champions Medeama SC who have drawn bye in the preliminary stage of the CAF Confederation Cup, will face the winner of the match between Ittihad of Libya and AS Sonidep of Niger in the 1/16th clash.