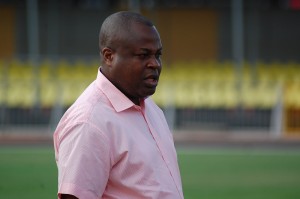 The Kumasi-based side attacked referee Awal Mohammed for his decision to order a re-take of two penalties which were initially missed by Berekum Chelsea players.

They lost out on lifting the trophy in a 7-6 shoot-out defeat and in protest, snubbed the runners-up medals.

The club could face a GFA sanction and Pappoe says their action in the presence of Ghana vice president John Mahama was unfortunate.

"The decision not to accept the medals was quite unfortunate. The Vice President was there and they shouldn't have acted the way they did," he commented.

Kotoko in 2005 walked off the pitch against Heart of Lions after a penalty was awarded the latter during a Top 4 tournament at the Accra Sports Stadium.