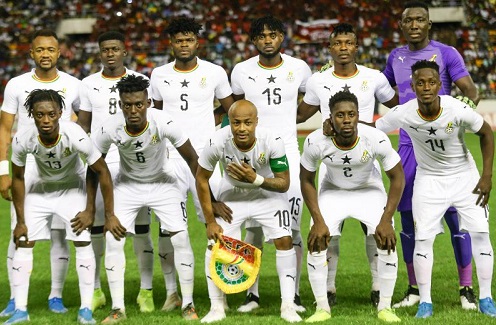 GHANAsoccernet.com can report that the Ghana will take on Equatorial Guinea in an international friendly match in October in Turkey.

Sources within the Equatorial Guinea camp and their new head coach Jorge Paulo Costa Almeida have confirmed the friendly encounter on 12 October 2020.

It was initially reported that the Black Stars will face African champions Algeria but that seems not to have materialized.

The Black Stars last faced the Nzalang Nacional five years ago in the the semi-finals of the 2015 Africa Cup of Nations in Equatorial Guinea.

Ghana thumped the hosts 3-0 in Malabo.

The two games will serve as preparations for CK Akonnor ahead of November's double header against Sudan in the 2021 Africa Cup of Nations qualifications.

Akonnor was appointed head coach of the Black Stars in January 2020 but has since not made his debut at the dugout.