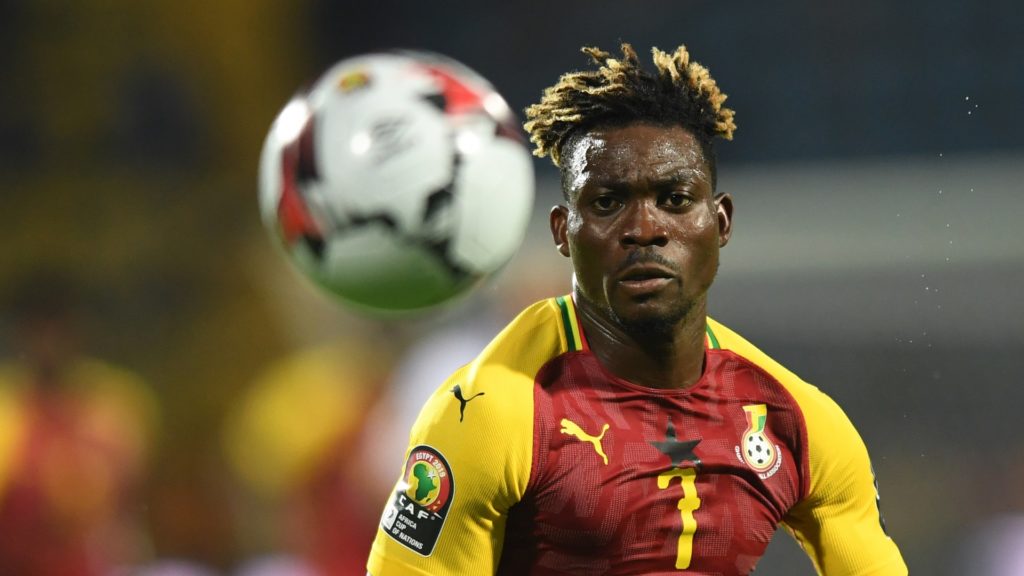 Ghana fans have ripped into Christian Atsu after the country's 2-2 draw against Benin in a 2019 Africa Cup of Nations opener on Tuesday.

The Black Stars were forced to settle for the draw against the Squirrels at the Ismailia stadium.

Atsu, 27, has come in for some scathing criticism over his performance against the West African neighbours.

Atsu was a total flop

Lol Atsu dierr the least said about him the better

Go behind early, work your way back and give it up this way.

The #BlackStars weren't good enough this evening. Too many defensive frailties, too many big names with bad evenings.#AFCON2019 #tv3Afcon.

Christian Atsu was a disaster. What a poor display. He shouldn't have been made to finish the game.

Wakaso and his long balls tho. It can't get this funnier.

Christian Atsu should get 0.5

Atsu was the forward who touched the ball fewest and lost possession the most He looked lethargy and so unconcerned in the game He needs not start any game in this tournament. Ghana means business https://t.co/WURaY0EQPR

Andre and Jordan Ayew were both on target as 10-man Ghana were forced to settle for a draw against their opponents at the Ismailia stadium.

The four-time champions will take on Cameroon in their next game on Saturday.