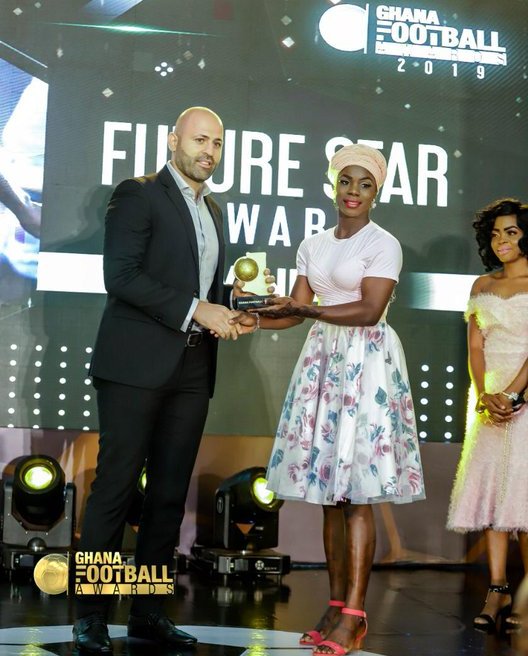 Former Black Maidens captain Mukarama Abdulai was named Women's Footballer of the Year and Future Star gongs at the Ghana Football Awards on Sunday in Accra.

The 17-year-old was by far the most successful women's footballer in the country for her stellar achievements.

She was awarded the 2018 FIFA U-17 Women's World Cup Golden Shoe after scoring seven goals at the tournament.

The Northern Ladies player was also adjudged the third best player at the tournament.

The 2019 Ghana Football Awards was held at the Accra Marriot City Hotel.

Women's footballer of the year

I am forever grateful Ya Allah for all the blessings and favours 💜 To my coaches, mates, family and friends 😍may Allah bless you all @GF_Awards 💟#Ghanafootballawards pic.twitter.com/YzHXYGLaWG