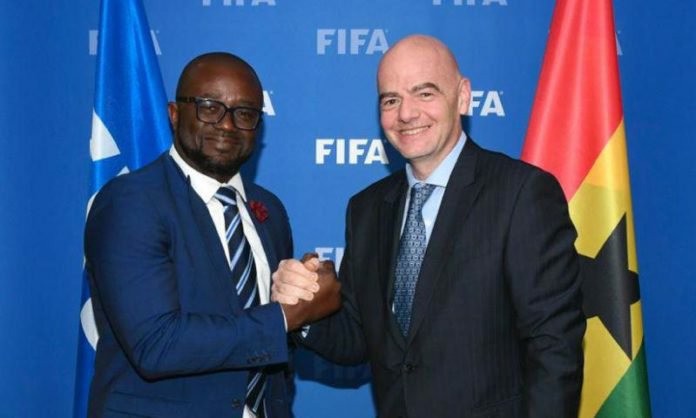 Ghanaian clubs have been massively boosted as the money FIFA has earmarked to invigorate their activities in the wake of the Covid 19 pandemic has arrived and has hit the accounts of the the Ghana Football Association (GFA).

Clubs will start receiving their cheques from Monday as the GFA will be in hurry to distribute the money to avoid any situation of clubs seeking to mount pressure on federation leaders over the money.

The Ghana FA is expected to inform the clubs on Monday about the arrival of the money which will come in as timely for the GFA as they prepare for the 26th Ordinary Congress on Tuesday.

Agitations within the football fraternity has been rife over the past four weeks since the issue of the sharing of the money erupted with many claiming the figures released by the GFA to be shared was unfairly forcing the federation to change its position on how much each club gets.

The sharing of the money before Tuesday's congress will also quench any likelihood of further agitations at the Prampram meeting of the owners of the federation.

A tranche payment of the FIFA COVID-19 Relief Fund of US$500,000 which has arrived will benefit Premier League clubs, Division One League clubs, Regional football clubs and all other stakeholders.

Another US$500,000 which has been specified for Women's football has also been received.

The Ghana FA has therefore received US$1,000,000 which will be disbursed amongst the football community in coming days as a way of mitigating the financial difficulties they have faced due to the coronavirus crisis.

The Ghana FA officials who confirmed the news to Ghanaweb hinted that rendering proper accounts for this US$1 million by beneficiaries is a condition for FIFA releasing the other tranche payment of US$500,000 in January 2021.

The Ghana FA has been in videoconferencing meetings with beneficiaries to explain the process as well as the FIFA Regulations on the relief fund.

The money has arrived at a good time as clubs and other stakeholders are preparing to attend the Congress this Tuesday, 1 September 2020 where key decisions will be taken for the development of Ghana football.