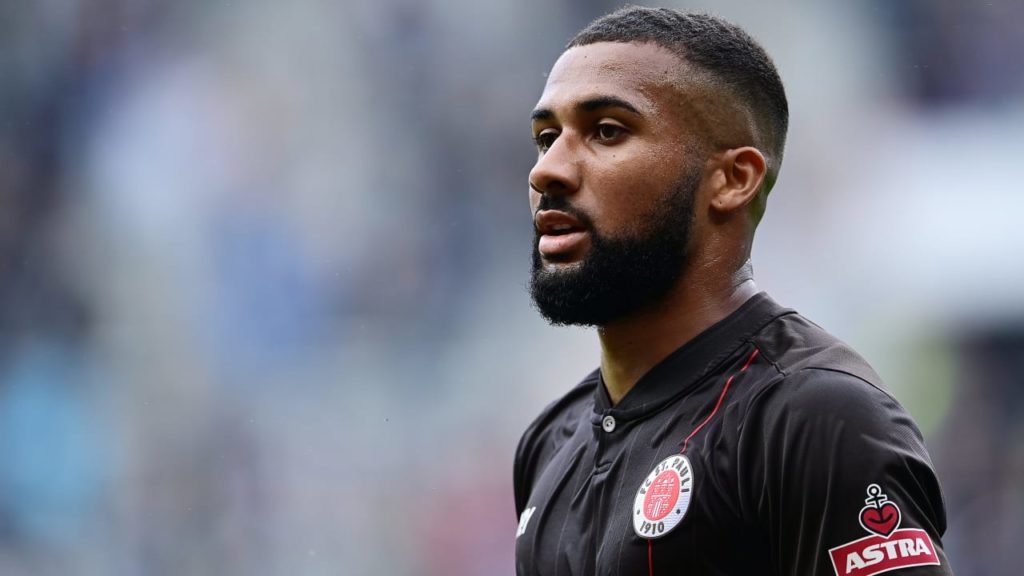 Black Stars forward Daniel-Kofi Kyereh was among the scorers in FC St. Pauli heavy home win over Hansa Rostock at home in the Bundesliga 2 on Sunday.

Kyereh netted the second for St. Pauli as they thrash Rostock by a 4-0 scoreline at the Millerntor-Stadion.

Australian midfielder Jackson Irvine scored the opening goal of the match just 12 minutes into the game.

Kyereh doubled the advantage six minutes later after he was set up by Kosovan defender Leart Paqarada.

Guido Burgstaller and Simon Makienok scored the other two goals in the second to seal the emphatic victory for St. Pauli.

The Ghana forward has now scored scored 3 goals and provided 7 assists in 11 appearances this season in the German second-tier.