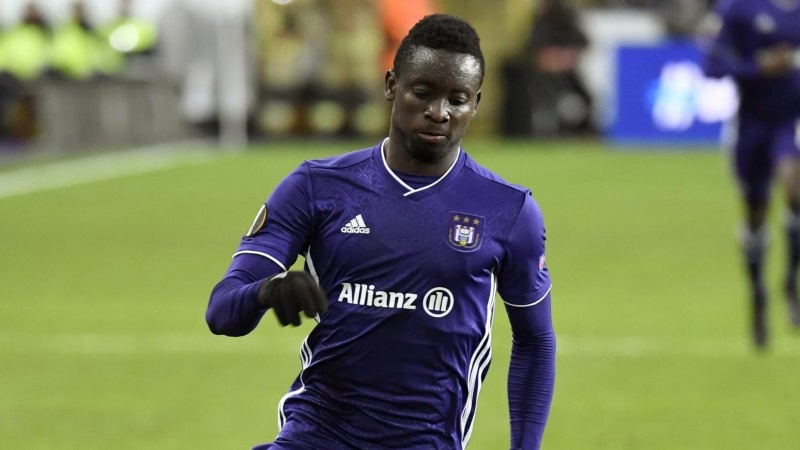 Ghanaian footballer Dauda Mohammed has been rewarded with a contract extension by Belgian giants RSC Anderlecht after impressing the technical team.

The 22-year old joined Anderlecht in 2017 from Ghanaian side Asante Kotoko.

Dauda Mohammed has turned his fortunes at the club amid a reported exit just some few weeks ago to sign a three-year deal with the club.

The former Asante Kotoko striker is said to have played a big role for manager Vincent Kompany in the ongoing campaign.

Anderlecht Sporting director  for the club Peter Verbeke said Dauda Mohammed deserved the contract extension due to his hard work.

''He enforced this extension all by himself,'' Verbeke told the club's official website

“From a sidetrack, he convinced all coaches that they could be of value to our club. His speed and focus are important qualities that make him important in various positions. ”

He has made five appearances in the Jupiler League for Anderlecht.