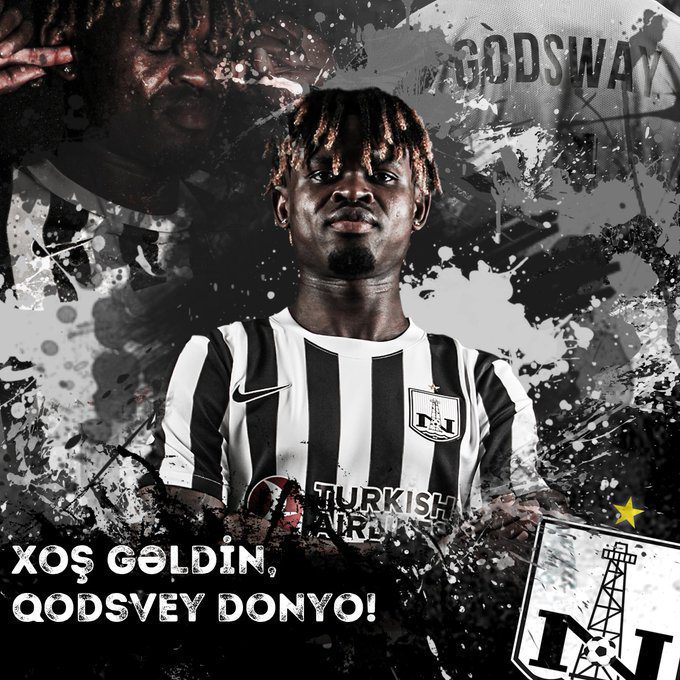 The 27-year-old signed a two-year deal to join the 2021 Azerbaijani champions.

Donyoh, a graduate of the famous Right to Dream Academy, will join his new teammates for pre-season in the coming week.

He leaves Israel after winning the League title, the Israeli Cup and the Super Cup and was one of the best players for the Ligat Al side.

The former Manchester City player previously played for Djurgadens and Falkenberg in Sweden before spells in Germany with Dynamo Dresden and FC Nordsjaelland in Denmark.