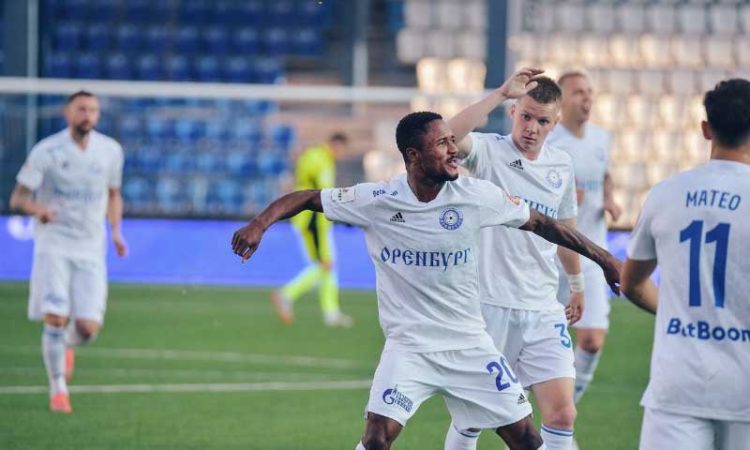 Ghana forward Joel Fameyeh took his tally in the season to seven after netting in FC Orenburg home win against FC Yenisey Krasnoyarsk on Saturday.

Two first goals ensured Orenburg recorded a 2-0 victory over Yenisey at the Gazovik Stadium in round 13 of the Russian FNL.

The 24-year-old opened the scoring of the encounter with a fine finish in the 20th minute in the Russian second-tier league.

Belarusian midfielder Yuri Kovalev doubled the advantage for the home side four minutes from the break.

Fameyeh has been in great form for Orenburg who are keen on getting a promotion to the Russian Premier League at the end of the season.

He has now scored 7 goals in 11 appearances for Orenburg this campaign.