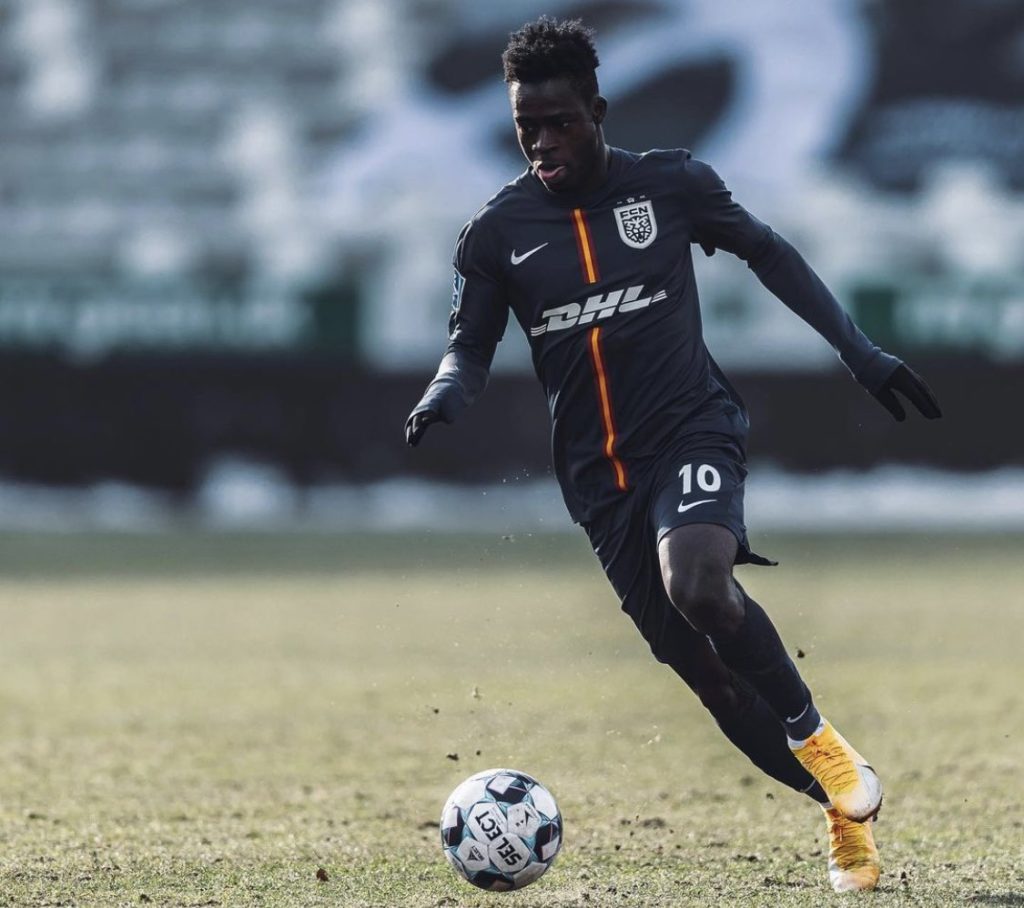 Ghana and FC Nordsjaelland attacker has emerged as the player with the most successful dribbles among footballers below the ages of 23 in Europe.

The player who turned 19 on February 15 beats World Cup winner and PSG star Kylian Mbappe as well as Marcus Rashford of Manchester United as the player with the most dribbles completed in Europe.

Sulemana has completed 76 dribbles and is four ahead of  Kosovan winger Edon Zhegrova who plays club football for Swiss side FC Basel.

According to Football Wonderkids, Rashford with 66 successful dribbles and Mbappe with 64 are ranked 6th and 7th respectively while Dortmund’s Jason Sancho with 63 is 8th.

The Ghanaian teen sensation’s performance for Nordsjaelland has seen him attract interests from some of Europe’s top clubs including Ajax. The Dutch giants signed him former teammate and compatriot Mohammed Kudus last summer.

This season in the Danish superliga, Sulemana has scored four and created four goals in 16 matches.