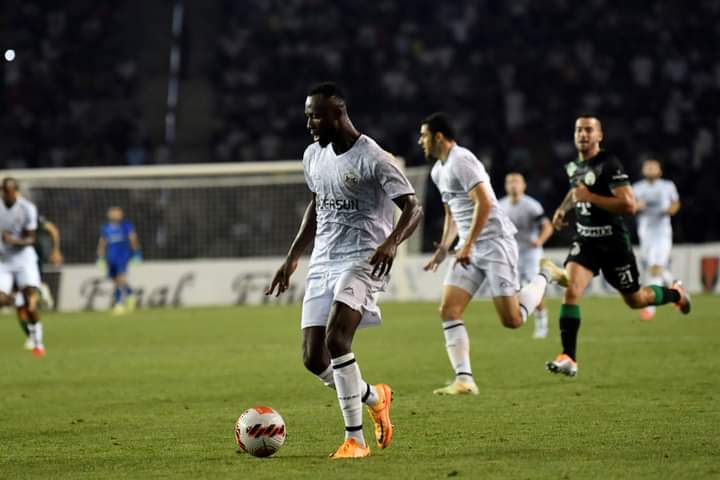 Ghana forward Kwabena Owusu scored to help Qarabag draw at home in the qualifying rounds of the UEFA Champions League.

The 25-year-old's 34th minute strike cancelled an early strike from Frank Boli as Qarabag were held by Hungarian giants Ferencvaros.

Kwabena Owusu started and lasted the entire duration as the Azerbaijani giants secured a 1-1 draw.

They travel to Hungary next week for the second leg as the quest for qualification to the group stages continue.

Kwabena Owusu scored the winner in the earlier round against FC Zurich and will be hoping to help Qarabag make the group stage this season.

He has now scored two goals in five games in the UEFA Champions League.

The Ghana international is expected to start for Qarabag in their league opener against Sabail this weekend.