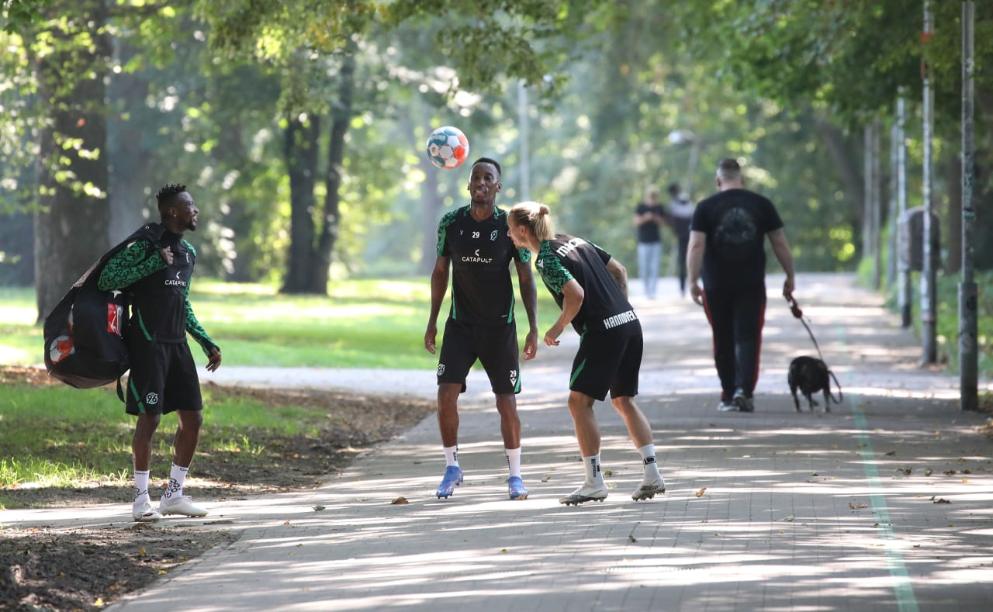 The former Deportivo Alaves players has fallen out of favour at Hannover 96 was linked with a move in the summer transfer window.

However, the window closes with the Ghanaian still in Germany.

On Thursday, he returned to training and he is expected to fight for a place back into the team.

Hamburg manager made it clear that Twumasi is not in his plans for this season as the forward trained with the reserve team.

According to reports in Germany, Twumasi came close to joining a club in the United Arab Emirates but the move fell through at the last hour.

But there are two clubs in Turkey keen on signing Twumasi who is no stranger to Turkish football having spent played on loan at Gaziantep in 2019-20 season.

Twumasi signed for Hannover at the start of last season. He scored three goals and assisted two in 24 matches.

His unimpressive debut season appears to be the reason head coach Zimmermann doesn't count on him this season.

Twumasi has not made a single appearance for Hannover and sat on the bench in their last four games.