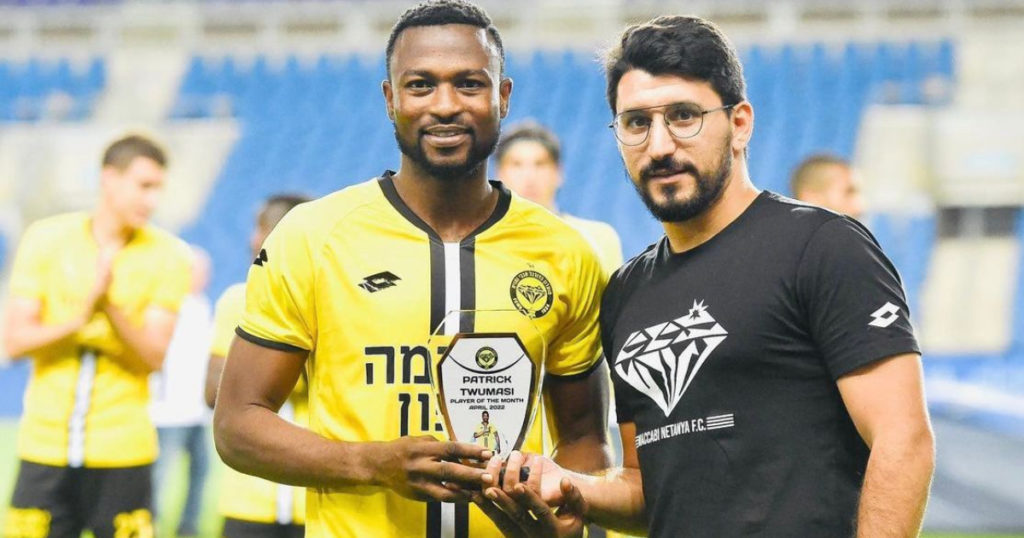 Patrick Twumasi has been named the Player of the Month for April at Israeli outfit Maccabi Netanya.

The former Deportivo Alves attacker has been in devastating form for the club since joining in February 2022.

In April, Twumasi netted three goals to win the best player for the month award.

The speedy forward has now scored seven goals in 12 appearances in a run that has seen Netanya fight for a top four finish.

His award was presented to him after the game against Bnei Sakhnin. He scored his seventh goal in the 3-0 victory over Bnei Sakhnin.

Twumasi endured a tough spell in Spain with Deportivo Alaves and in Germany with Hanover 96, but has rediscovered the form that once made him a feared attacker.