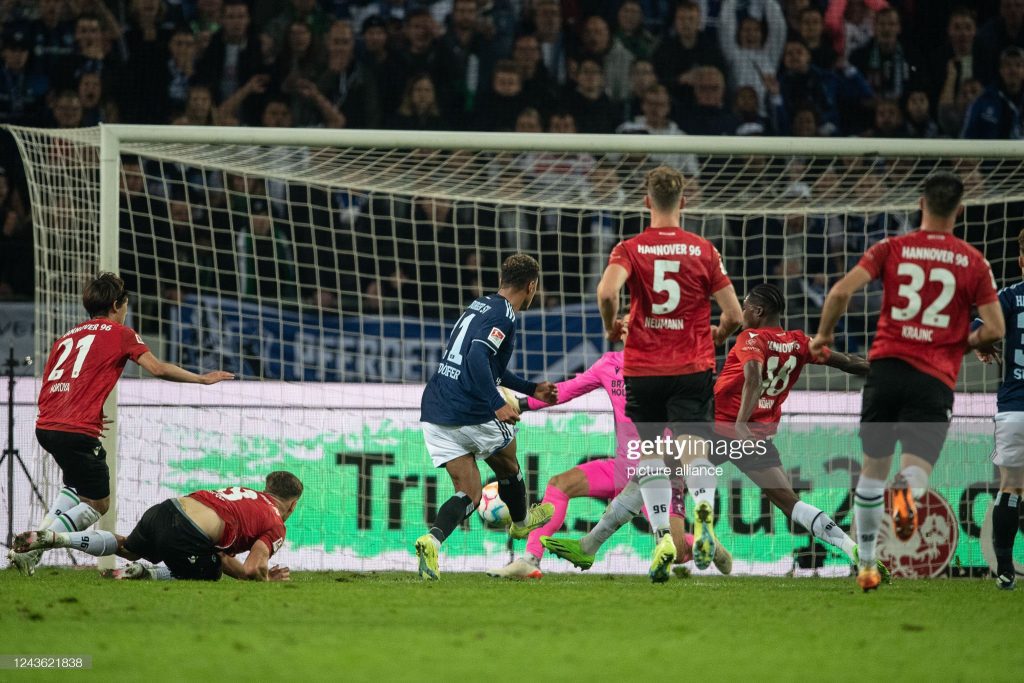 Ransford-Yeboah Königsdörffer scored a brilliant goal for Hamburger SV after his first international duty with Ghana.

The forward's goal ensured that Hamburger SV beat Hannover 96 2-1 in the Bundesliga II clash on Friday.

The goal came in the 90th minute of a match that was destined to end in a stalemate as both clubs were tied at 1-1.

He picked up the ball in his own half, made an impressive run into the opposing half, and finished with aplomb.

This comes just days after making his debut for the Black Stars. Königsdörffer came off the bench late in the narrow 1-0 win over Nicaragua in Lorca, Spain on Tuesday.

The goal is his third of the season and he is hoping to be included in Ghana's squad for the 2022 World Cup in Qatar.